From Bangladesh to Uzbekistan, migrants from all over exploit Biden’s open border 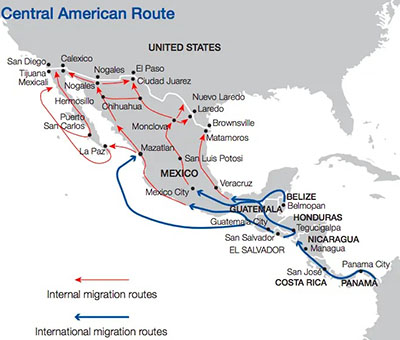 by WorldTribune Staff, June 4, 2021 Team Biden has opened the border floodgates and migrants from across the globe are taking advantage. The illegals pouring across the U.S. southern border are not just coming from Latin American nations. They are coming from Africa and the Middle East, from as far away as Bangladesh and Uzbekistan. […]

Special to WorldTribune.com Several people who funneled millions of dollars into the campaign war chests of Hillary and Bill Clinton and the Clinton Foundation are named in the Panama Papers. The revelations come as Hillary Clinton in a recent speech blasted the “outrageous tax havens and loopholes that super-rich people across the world are exploiting.” […]

Panama ‘papers’: What did the U.S. Treasury Dept. know and when did it know it?

Special to WorldTribune.com By Sol W. Sanders There are more questions than answers, at least so far, in the leak of bits and pieces of what is said to be 11.5 million documents from, an incredibly and again allegedly corrupt Panamanian law firm. The first gleanings from “the papers” has already toppled the prime minister […]