Mother of slain Marine calls for Trump’s return: ‘We need him’ 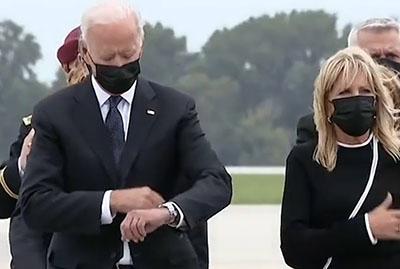 by WorldTribune Staff, September 13, 2021 The mother of a Marine who was killed in the Kabul bombing amid Joe Biden’s disastrous withdrawal from Afghanistan said the United States needs Donald Trump now more than ever. “We need the corrupt pseudo president gone,” Kathy McCollum, mother of Lance Cpl. Rylee McCollum, said of Biden. “President […]

Trump on state of southern border: From we have ‘never had it better’ to worst ever 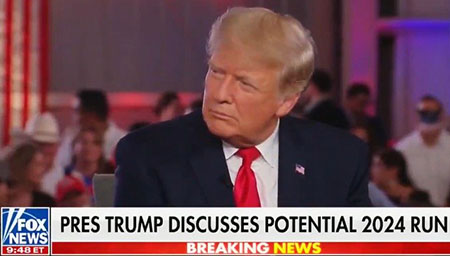 by WorldTribune Staff, July 1, 2021 In the span of six months, the crisis at the U.S. southern border has gone from never better to never worse, former President Donald Trump said. “Well, there has never been a better time six months ago, and there’s never been a worse time,” Trump said on Wednesday during […] 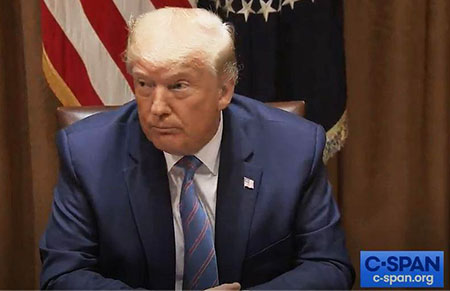 by WorldTribune Staff, April 30, 2021 Former President Donald Trump said if he decides to run in the 2024 election he would enter the race for the GOP nomination and pick a running mate “right after” the 2022 midterms. “I am giving it the most serious consideration, as you can imagine,” Trump said Wednesday on […] 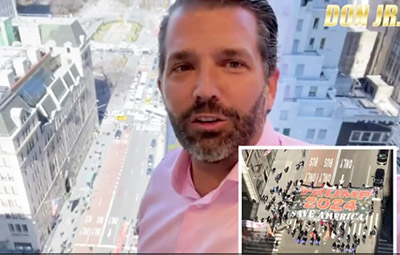 by WorldTribune Staff, March 14, 2021 Donald Trump Jr. on March 9 posted a video which showed a group of supporters unfurl a massive Trump 2024 banner on the street outside Trump Tower on Fifth Avenue in New York City. Former President Donald Trump was in his office in the building at the time and […]