The U.S. Food and Drug Administration on Dec. 16 lifted a major restriction and allowed women seeking medication abortions via abortion pills to receive their deadly tablets in the mail rather than having to visit a clinic.

As World Tribune documented in March 2020, abortionists are ecstatic over the opportunity to turn their murderous moneymaker into an Amazon shopping experience. 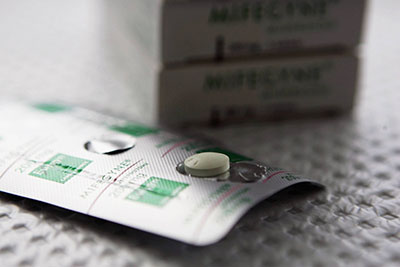 The horrific trend has only continued to solidify. See this interview with a “Telemedicine Abortionist.”

Ms. Magazine — a publication of the radical Feminist Majority Foundation — on Jan. 12:

Dr. Deborah Oyer is the medical director of Cedar River Clinics in the greater Seattle area in Washington state. She offers telemedicine medication abortion as part of her reproductive health practice.

It’s all about making abortion as easy as popping aspirin and making the headache go away:

Tell me more about who your telemedicine abortion patients are.

Oyer: I haven’t analyzed it but they seem like everybody else. It cracks me up because often they’re like lying in bed with their phone. Their appointment was at 9 and they set their alarm for 8:55. Some want their pills mailed to them and some want to pick up the pills up at a clinic, I think to have a bit of in-person connection. We will also always have patients that prefer an in-clinic appointment. It comes down to personal preference and being able to offer a choice is important to Cedar River Clinics.

Oyer conducts her telemedicine appointments by videoconference. This appears to be nothing more than a pure formality before the pills can go out in the mail:

And how long do the video calls normally take for telemedicine abortion patients?

Oyer: They take up to 30 minutes, but if this is your third medication abortion, it can be done in a few minutes. An in-clinic appointment takes about an hour.

A few minutes on video chat, and the murder pills are on their way:

How long does it take for the pills to reach the patients if they’re getting them by mail?

Oyer: They usually get the pills in two days. We stock pills in our clinics for people who come for in-clinic abortions, but also for telemedicine patients who want to pick them up so they have them the same day as their telemedicine appointment.

Naturally, this is covered by Medicaid in Washington State:

Do you take insurance for telemedicine abortion?

Oyer: Yes. And Medicaid insurance in Washington state covers abortion. When they call to make an appointment, if they don’t have insurance, we can help them get on Medicaid if they are eligible. The process of getting them on Medicaid is pretty quick and you can do it online.

A key benefit of mail-order abortion for those who profit it off of it: With the takeout order-like convenience, women won’t have time to consider the full repercussions of what they are doing:

Why is it important to offer telemedicine abortion?

Oyer: Abortion is still a shameful thing in our country, so the fewer people that have to be involved, the better. If I have to go into the clinic, I need childcare, I need time off from work. It’s a whole afternoon minimum. They’re driving there, they’re parking, they’re filling out paperwork, they’re waiting, they’re going to have an ultrasound. After the ultrasound, they wait to go to consent. After that they wait to see me. Then they have to go back to their car and drive home.

The interview ends with the Big Lie that abortion is completely safe and routine:

Oyer: I think what everyone needs to know is how common abortion is and how safe it is.

People don’t know how dangerous pregnancy and giving birth is. While we go into this vast amount of information on informed consent for abortion, no one gets informed consent for having a baby! Ever! When you come in for your first obstetrical appointment at eight weeks, your doctor does not sit you down and say, you might die and here are your choices.

But the abortion pill is not as safe as Oyer – who charges “$600 for cash pay patients for telemedicine medication abortions” – makes it out to be.

From a Dec. 17 Newsweek op-ed by Dr. James Studnicki of the pro-life Charlotte Lozier Institute:

Abortion industry researchers contribute to the illusory truth effect by pointing to “massive quantities” of data that indicate complications resulting from chemical abortion are “exceedingly rare” and that “the numbers of these adverse events appear to be stable or decreased over time.”

However, a careful examination of these findings exposes many serious inadequacies in the existing research, such as narrow definitions of “adverse events” and unacceptably high rates of women lost to follow-up in patient surveys. The most serious research limitation continues to be the shamefully inadequate abortion data reporting in the United States.

Does any of this sound familiar in the Age of the Jab? Just as with the vaccine manufacturers, the data is fudged:

Independent studies show Planned Parenthood reported significantly more adverse events to abortion drug manufacturer Danco than Danco subsequently reported to the FDA. No matter the reason for the discrepancy, the FDA’s count of adverse events likely represents only a tiny fraction of those that are actually occurring.

Incredibly, the FDA further limited adverse event reporting of mifepristone to only deaths starting in 2016, eliminating the reporting of non-fatal hospital admissions, emergency room visits, ectopic pregnancies and other serious medical emergencies. The FDA adverse-event data is hardly a reliable source for determining the safety of chemical abortion in the U.S.

In fact, chemical abortion appears to be far more hazardous to a woman than the already dangerous surgical procedure…

A groundbreaking new study, published in the peer-reviewed journal Health Services Research and Managerial Epidemiology, mounts another formidable challenge to the mantra that chemical abortion is safe… My colleagues and I used Medicaid claims data to track 423,000 confirmed abortions and 121,283 confirmed subsequent visits to an emergency room within 30 days in the 17 states which publicly fund abortions. Our 1999-2015 observation period enabled a longitudinal comparison of the trajectory of emergency room visits for surgical and chemical abortions following the September 2000 FDA approval of the abortion pill.

Once again, Americans are being told that the Culture of Death is safe and efficacious.

Get the jab, and you can walk around in public again. Dine, shop, attend concerts and sporting events.

Get the abortion pills, and you can stop being pregnant without even leaving your home.

The ruling establishment has honed in on a weakness with modern Americans, and is squeezing it to the hilt.

It’s impossible not to conclude that this is all part of one bigger, overlapping population control effort.