The international “humanitarian” organization Doctors Without Borders is actively working to pave the way for do-it-yourself abortion. A disturbing and informative report by Susan Yoshihara at the Center For Family and Human Rights website on Feb. 28 detailed the deadly partnership the global NGO has entered into with HowToUseAbortionPill.org, a website dedicated to instructing women on a step-by-step basis as to how to use a pill to kill their unborn baby in the comfort of their own homes.

In her article, Yoshihara notes that an anonymous representative of the website extolled the relationship with DWB as a boon to its efforts to make abortion as simple as popping an aspirin in one’s living room. “The fact that Doctors Without Borders is a recognizable, reputable group also might make people more comfortable with the procedure,” the HowToUse rep told Vice in an interview. “[W]e know that much of our online content… is used for self-managed abortion.” 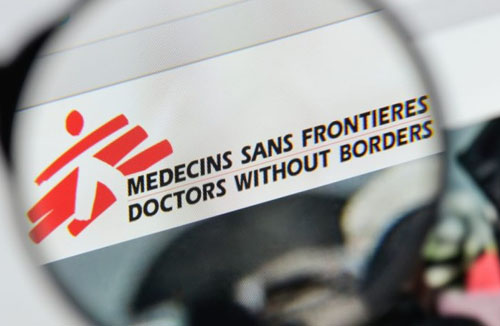 Doctors Without Borders was equally enthusiastic about its new collaboration in a release posted on its website on Jan. 23. “Despite the stigma, abortion is a part of people’s lives and a key component of reproductive health care,” the group stated. “It’s essential that health care workers, humanitarian workers — and everyone for that matter — know the basics about abortion.

“That’s why Doctors Without Borders/Médecins Sans Frontières (MSF) has teamed up with HowToUseAbortionPill.org to create a free, open-source, evidence-based online course on medication abortion, or abortion with pills,” the post continues. “Our goal is to ensure that everyone has access to factual, scientifically accurate information about abortion — no matter who you are, where you are, or where you are going.”

The second half of that final sentence reads like a soda commercial. If it sounds like Doctors Without Borders is pitching easy abortion as an essential convenience in modern life, well, that is because that is exactly what it is doing. A repulsive post on the HowToUse site tells young women that they can curl up and listen to soothing music or catch a movie as the human life residing inside of them is extinguished:

“Stress and anxiety may amplify your experience of pain, so try to prepare ahead of time to create a calming environment. Listening to music or watching a movie are two ways to keep the mind occupied and the body relaxed. You may also consider asking a friend to stay with you during the abortion process so that you have someone nearby for comfort.”

Another blog post grotesquely advises mothers on how to safely breastfeed one child while exterminating another:

The fusion with cozy, do-it-yourself abortion is a natural progression for Doctors Without Borders. For this hip organization, often glamorized by the big-box media establishment, is in fact a staunch promoter of abortion on a global scale. An exhaustive section on the group’s website titled “Unsafe Abortion: A Forgotten Emergency” contains a shrill demand for unabated abortion access for women everywhere. Its particular emphasis, however, is on non-Western nations, many whom have traditional objections to the murderous procedure.

“Unwanted pregnancy and unsafe abortion have a serious medical impact on women and girls in the many low-resource and conflict-affected countries in which MSF [DWB] works,” the group states. “…[A]s a medical and humanitarian organisation, MSF remains committed to providing safe abortion care to reduce this avoidable — and often overlooked — suffering. Instead of judgement, what a woman needs is health care that will respect the reason why she has come forward; ensure that she can talk with a trained professional; and provide her with high quality abortion care.”

In a video atop the section, DWB claims that “each year, 25 million women and girls undertake an unsafe abortion.” Exactly how verifiable such a stat may be is debatable. What is not is that DWB obviously desires that tens of millions more “safe” abortions be performed each year.

Another feature of Doctors Without Borders is its intensive efforts to promote easier access to pharmaceutical drugs for people all over the world. It’s now clear that the abortion pill is obviously one of those drugs. The head of DWB’s Access Campaign is Dr. Els Torreele. She also happens to work for progressive globalist billionaire George Soros pushing the very same cause. “In 2009, Dr. Torreele became the director of the Access to Medicines and Innovation program at Open Society Foundations in New York, a position she currently holds,” DWB boasted when Torreele was named executive director of DWB’s “Access Campaign” on pharmaceuticals.

Doctors Without Borders relies on the charitable beneficence of several major corporations. Among those highlighted for special thanks on the group’s website are Adobe, American Express, Amazon Smile, lamp, lighting and furniture outlet Curry & Company, Google, Microsoft and SurveyMonkey.

The same globalist materialism that has made it possible for people to order any of thousands of different consumer products with the click of a button and receive them at their front door next day is also working to make abortion every bit as convenient and widespread.