‘Misinformation’ is killing us but fear not: Harvard, Soros and the Bill and Melinda Gates Foundation will zap it

Analysis by WorldTribune Staff, May 13, 2021 Media WATCH Leading establishment media figures, including the president of NBC News and the executive editor at The Atlantic, will be taking part in a Harvard University media center summit this autumn aimed at combating “the corrosive forces of misinformation” that “threaten democracy.” “The Shorenstein Center on Media, […] 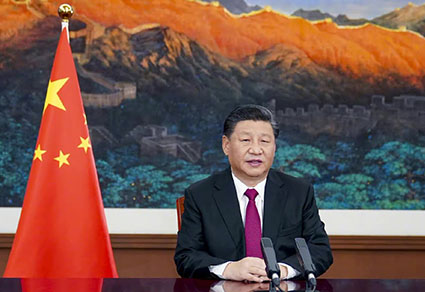 by WorldTribune Staff, May 3, 2021 At the direction of supreme leader Xi Jinping, the communist government in China developed plans to assume control of the global Internet, a report said. The communist regime’s goal is to replace the open Internet model of the West, led by the United States, with China’s system of censorship […]

Globalists irate that U.S. taxpayer-developed vaccines are going to — Americans 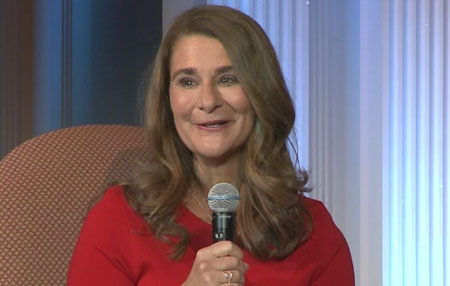 by WorldTribune Staff, August 25, 2020 Thousands of American lives could have been saved by early use of the safe-to-use hydroxychloroquine in treating coronavirus, but the Food and Drug Administration and hero of the leftist media Dr. Anthony Fauci have allowed politics to “overrule science,” a Yale epidemiologist said. “The evidence is overwhelming,” on the […] 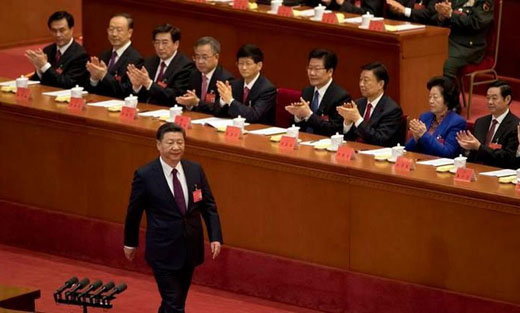 by WorldTribune Staff, April 15, 2020 A Wuhan doctor who tried to sound the alarm on the coronavirus “triggered” the Chinese Communist Party’s (CCP) “authoritarian control on information,” a retired U.S. general noted. “Discussion of the illness was prohibited, and the doctor – who tried to warn colleagues through social media – was detained. The […] 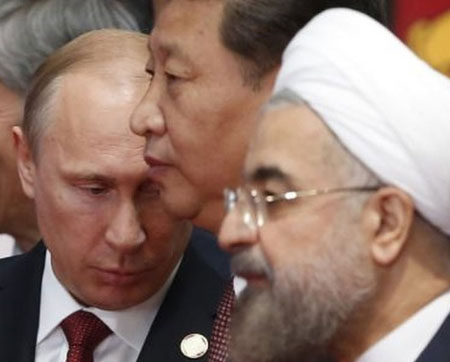 by WorldTribune Staff, March 29, 2020 China, Russia and Iran have created an echo chamber which pushes false narratives about the origins of and China’s response to the coronavirus crisis, a U.S. State Department official said. “During the crisis, we’ve seen Russian, Chinese, and Iranian state disinformation and propaganda ecosystems all converge around some disinformation […] 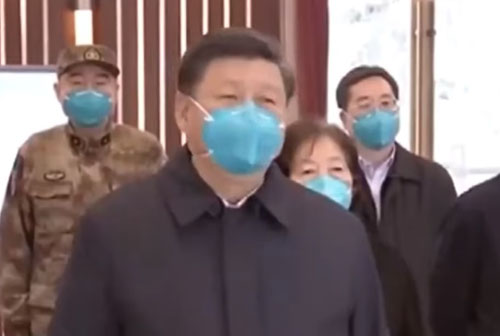 by WorldTribune Staff, March 18, 2020 The communist government in Beijing should be focused on stopping the coronavirus rather than spreading false information about the origins of the Wuhan virus while at the same time kicking American journalists out of China, the U.S. National Security Council (NSC) said on Wednesday. The statement from the NSC […] 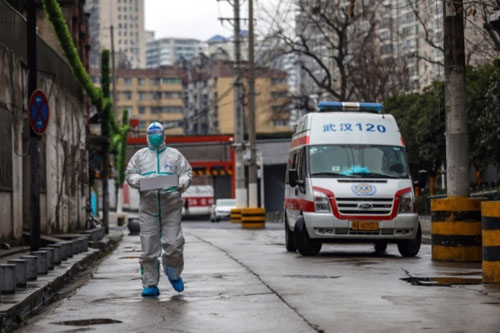 by WorldTribune Staff, March 13, 2020 The outrageous claim by China’s Foreign Ministry that the U.S. Army sent the coronavirus to China is meant to deflect attention from the fact that the center of Beijing’s biological weapons program is based in Wuhan, which has the most cases of the virus, a report said. A Chinese […] 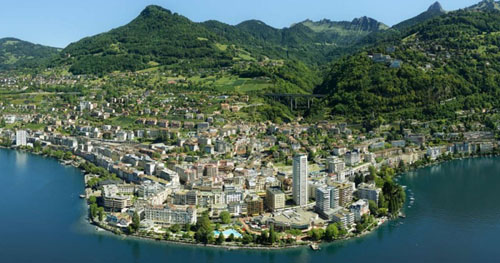 by WorldTribune Staff, May 31, 2019 Bilderberg — good or evil? Only the ruling class knows for sure and they aren’t talking. A guest list of 130 people from Europe and North America have gathered in Switzerland for the annual, highly-secretive Bilderberg Meeting. The yearly event, which began in 1954, draws the likes of everyone […]

Bull in the ‘China’ shop: Trump at UN slams globalists and ‘discredited ideology’ 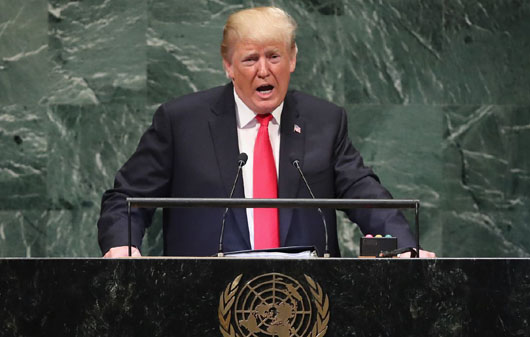 by WorldTribune Staff, September 25, 2018 U.S. President Donald Trump, in his address to the UN General Assembly on Sept. 25, denounced “expansionist” leverage by China, Iran’s regime, globalism in general and “outdated and discredited” socialism. Brushing off laughter after praising his administration’s accomplishments, he emphasized that America will never surrender its sovereignty. Complete text of […]