Documentary exposes plan by WHO to reduce global population via vaccines

A new documentary, “Infertility: A Diabolical Agenda“, details how the World Health Organization (WHO) intends to produce an anti-fertility vaccine in response to perceived overpopulation, and that such vaccines have been used — without people’s knowledge or consent — since the mid-1990s.

The documentary, produced by Dr. Andrew Wakefield and Children’s Health Defense, “illustrates the depopulation agenda is not a conspiracy theory. It’s reality, and it’s happening worldwide,” Dr. Joseph Mercola noted in a July 11 report on the documentary for The Defender. 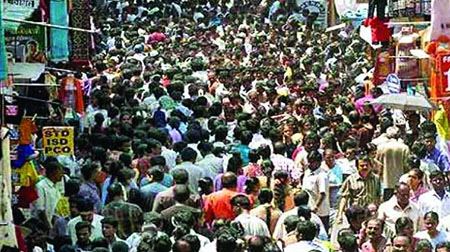 “The human papillomavirus (HPV) vaccine and the COVID-19 shots also have adverse impacts on fertility that are being ignored,” Mercola noted.

The WHO “has been caught more than once deliberately deceiving women into thinking they were vaccinated against tetanus, when in fact they were being sterilized. This is an ethical and moral low that is hard to beat,” Mercola added.

Wakefield, in an interview with The Defender, said the documentary presents a “very important story, and it’s a story that I’d been aware of for some years. I think a lot of people heard about this intentional infertility vaccine program being conducted, primarily in women in developing countries. But it had gone into abeyance so I hadn’t paid due attention. I should have paid more attention to it, because people had asked me over the years, ‘Do you think there is a population control agenda?’ …

“The allegation had been that the World Health Organization, under the guise of a neonatal tetanus prevention program, had been deliberately sterilizing women [in Kenya] — either using a vaccine to abort existing pregnancies or to prevent future pregnancies. They had done this under the guise of protecting children rather than actually reducing the population.”

Wakefield said it is no secret that the WHO had been working on an anti-fertility vaccine since the 1970s.

Papers were published, and the WHO itself even admitted it.

“The real issue here is that of informed consent,” Mercola wrote.

The documentary details how, in 1995, the Kenyan government launched a WHO vaccination campaign against tetanus among women of childbearing age.

Dr. Stephen K. Karanja, former chairman of the Kenya Catholic Doctors Association, became suspicious of the program when he learned that involuntary sterilization programs posing as tetanus programs had occurred.

Also in 1995, the Catholic Women’s League of the Philippines won a court order halting a UNICEF tetanus program that was using tetanus vaccine laced with hCG. Anti-hCG-laced vaccines had also been found in at least four other countries.

“This anti-hCG-laced tetanus vaccine perfectly matched the anti-fertility vaccine the WHO had announced in 1993,” Mercola noted.

The paper trail reveals that by 1976, WHO researchers had successfully conjugated, meaning combined or attached, human chorionic gonadotropin (hCG) onto tetanus toxoid, used in the tetanus vaccine. As a result, when given to a woman, she develops antibodies against both tetanus and hCG.

HCG is a hormone that is produced as soon as the sperm enters the egg and the embryo begins to form. In response to this signal, the woman’s ovaries then produce progesterone, which maintains the pregnancy to term. The conjugated vaccine effectively ends and prevents pregnancy as her own immune system will immediately attack and destroy the hCG as soon as it forms.

The WHO abandoned the 1995 campaign without explaining why. But, in 2014, “they were back with a neonatal tetanus program,” Mercola wrote. “Girls and women, 15 to 49 years of age, were instructed to get vaccinated with a series of five injections, six months apart. Suspiciously, this is the exact schedule required for the anti-fertility vaccine to produce sterility. Regular tetanus prevention requires only one injection every five to 10 years, and under no circumstance would you need five of them.”

The Catholic Church collected three sample vials directly from clinics during the 2014 campaign and had them tested by three independent laboratories. As feared, they contained hCG. Another six vials were then collected and tested. This time, half were found to contain hCG.

When the Catholic Church went public with the findings, urging girls and women to not comply with the vaccination campaign, the Kenyan government went on the defensive, insisting there was nothing wrong with the vaccine.

Wakefield noted: “They used the media to demonize the Catholic Church and insinuate there had been deliberate contamination of these samples with hCG to produce the result they wanted. That’s where it remained until — and this is where it gets really interesting and where the film really comes into its own — our cameras were invited back into the laboratory where these tests were done … [and] the truth was revealed.

“It came down to a resolution of this key question of who was lying and who was being honest? Who was cheating, who was not? It’s really an extraordinary story that woke me up to the importance of this issue. There is an extraordinary prophetic statement at the end from the late Dr. Karanja, OBGYN from Africa. who was at the heart of all of this.

“He said, ‘When they are finished with Africa they’re coming for you.’ ”

Mercola pointed out that “it’s important to realize that no study has ever proven that any of the vaccines on the childhood vaccination schedule are safe, especially when given in various combinations.” That includes the Covid vaccines.

As noted by Wakefield, vaccine manufacturers and people like Dr. Anthony Fauci present ” ‘an almost kindergarten-like approach’ to safety.”

The blanket statement given is that vaccines in general, and the Covid shots in particular, are “safe and effective,” and that they have no adverse effects on reproduction and fertility.

“This, despite the fact they’ve done no reproductive studies at all,” Mercola wrote. “Women who hear such assurances will assume the necessary studies HAVE been done when, in fact, that’s a complete lie. The reality is, that you cannot find evidence of harm if you’re not looking for it.”

In some of the Covid vaccine trials, “they actually used a completely inert placebo (although some vaccine makers used another vaccine). But then note what happened,” Mercola noted. “Before the trial was over, they unblinded everyone and offered the jab to everyone in the placebo group, effectively eradicating the control group altogether! Then, they tried to bury the data under red tape for 75 years. Thankfully, a sensible judge didn’t let them get away with it.”

Wakefield added: “They [Pfizer] knew there were problems. They had identified the problems doing the appropriate study, at least to start with, until they gave the crossover group the vaccine. Then they tried to hide the data because they knew it revealed the seriousness of the adverse reactions to their vaccine. The court overruled them and now those data are being analyzed, and they are terrifying.”

Documentary exposes plan by WHO to reduce global population via vaccines added by Editor Two on July 12, 2022
View all posts by Editor Two →