Question: Would you stop buying Vaseline or Head & Shoulders shampoo if you knew the corporations that manufacture these iconic retail products help train abortionists?

A radical pro-abortion organization called Women Deliver considers doing just that to be a core part of its mission:

An essential element of achieving this goal is ensuring the availability of skilled, trained providers. But here’s the catch: Most unsafe abortions take place in developing countries in Africa, Asia and Latin America — precisely the regions of the world where the shortage of physicians and other health professionals is most acute. This means that training midlevel health workers, such as midwives and nurses, is a crucial part of expanding the base of abortion providers.

That post was written by Kathryn Andersen, Chief Scientific and Technical Officer for an organization known as Ipas. 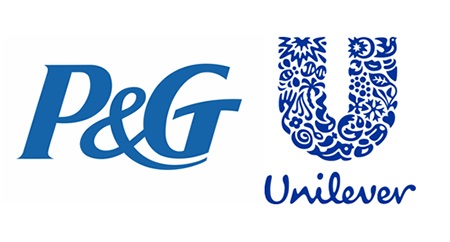 And what does Ipas do? Ipas trains abortionists:

Sickeningly, Ipas even publishes training manuals on how to perform second-trimester abortions:

Ipas partners with Women Deliver to mold abortion “ecosystems” around the world:

In partnership with Women Deliver and Women’s Environment and Development Organization (WEDO), Ipas made a joint commitment, alongside many other partners, to collective action and joint advocacy at the nexus of gender equality, sexual and reproductive health and rights, and climate justice. Enhanced collaboration for joint advocacy at this nexus can help advance mutual goals of effective climate action, gender equality, and strengthened girls’ and women’s health and rights. This commitment is grounded in a rights-based approach that protects and promotes individuals’ rights to bodily autonomy….

Ipas’s internal commitment is to build sustainable abortion ecosystems around the world and to accelerate the decentralization and decolonization in the fields of global health and development, beginning with our own organization….

Our sustainable abortion ecosystem model defines a dynamic condition where local stakeholders and systems are actively accountable, responsive, and committed to abortion rights. It is rooted in local expertise, designed by local stakeholders, and is being rolled out in countries where Ipas is active and beyond.

And Procter & Gamble and Unilever are proud, prominent corporate supporters of Women Deliver.

Two multinational giants whose numerous name-brand products dominate store shelves are funding a group working in concert with an organization that trains people to murder babies.

Katja Iversen, former president and CEO of Women Deliver until 2020, serves as an Advisor to the Unilever Sustainability Council.

Along with Big Pharma goliath Merck – as WorldTribune has noted, Big Pharma and Big Abortion go hand in hand – P&G is a founding sponsor of Women Deliver’s Business Ally Network:

Announced at the Women Deliver 2019 Conference, two long-time private sector, gender equality champions – Merck and P&G – have signed on as founding members of the Business Ally Network. As the Network expands, the Business Ally Network members will work alongside civil society partners to leverage the voice, expertise, and scale of the private sector to contribute to the Campaign’s three strategic pillars.

The Campaign, convened by Women Deliver, supports collective action at global, regional, and country levels to advocate for more gender transformative policies, programming, and financial investments in the SDG framework.

Abortion is very definitely a key and clearly stated driver of the initiative. P&G is avidly supporting abortion.

P&G’s brand list is too enormous to even begin to list in detail. Cycle through it here.

There are other name corporations with blood dripping from their manicured hands as well.

Bayer, Hewlett-Packard, Johnson & Johnson and Pfizer also a part of the conference (pages 76-77).

There is something fundamentally diabolical about the makers of Popsicles (Unilever) and Tide laundry detergent (P&G) being so intimately involved with the abortion process. This same evil spirit also seems to hover over Women Deliver as well.

Watch in the video as Cannold disturbingly asserts that it may be painful but the abortion tribe must look this enemy in the eye. “And what we find is this. That the need that mostly religious, mostly men have to control women is so powerful that they don’t care that it leaves one of us dead every nine minutes (because abortion wasn’t available).”

She then hisses in a strikingly malevolent manner about women’s “sexuality.” Seconds later, an image of the sacramental Body and Blood of Jesus Christ appears on the giant screen behind Cannold as she carries through with the tired feminist “if men could get pregnant” metaphor. It’s all rather spooky. Cannold sounds for all the world like a vampire summoning the courage to stare down a crucifix in her diatribe against abortion opponents.

There is a black heart of darkness beating in the chests of the inhabitants of multinational corporate executive rooms today. It’s as if the dehumanized, transactional greed that propels these entities must make its offering to Baal in order to keep all the revenue streams constantly flowing.

Call it business synergy for soulless materialists. What level of murderousness has to be reached before decent people everywhere make a concerted effort to stop patronizing it?