The Washington Post intended to expose how the Texas Heartbeat Bill is forcing pregnant women to become mothers and suffer all the supposed terrible life-destroying things that encompasses.

But observers say the Post appears to have “unintentionally” published one of the most “amazing” pro-life arguments possible. 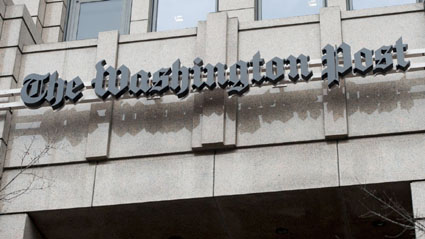 In a June 20 article headlined “This Texas teen wanted an abortion. She now has twins”, the Post reported that the teen mother who wanted the abortion said her twin girls have given her life purpose.

The teen father has joined the Air Force after saying he planned to spend the next few years just “hanging out” and skateboarding.

The teen mother, Brooke Alexander, said she had first planned to, then decided against having an abortion after seeing the heartbeat of her twins during an ultrasound.

Washington Post abortion writer Caroline Kitchener wrote how the teen girl’s pregnancy was a “major inconvenience” which was forced on her and other women by the Texas law.

“Brooke found out she was pregnant late on the night of Aug. 29, two days before the Texas Heartbeat Act banned abortions once an ultrasound can detect cardiac activity, around six weeks of pregnancy. It was the most restrictive abortion law to take effect in the United States in nearly 50 years,” Kitchener claimed.

“Sometimes Brooke imagined her life if she hadn’t gotten pregnant, and if Texas hadn’t banned abortion just days after she decided that she wanted one. She would have been in school, rushing from class to her shift at Texas Roadhouse, eyes on a real estate license that would finally get her out of Corpus Christi,” Kitchener wrote.

But observers pointed out that the writer’s description of the teen’s final decision to choose her twins’ lives provided a surprising pro-life message, almost contrary to the initial tone of the piece. Kitchener described Brooke’s ultrasound experience, writing, “As the ultrasound technician pressed the probe into her stomach, slathered with gel, Brooke willed the screen to show a fetus without a heartbeat. The technician gasped. It was twins. And they were 12 weeks along.”

“This is a miracle from the Lord. We are having these babies,” exclaimed the teen upon seeing the ultrasound.

Kitchener then recounted, “She wondered: If her babies had heartbeats, as these women said they did, was aborting them murder? Eventually, Arnholt [pregnancy counselor] turned to Brooke and asked whether she’d be keeping them. Brooke heard herself saying ‘yes.’ ”

Kitchener was slammed on social media for portraying Brooke’s choice in a “condescending light,” seeming to portray the teen’s life as hampered now because of her decision.

In a subsequent tweet, Kitchener added: “Brooke’s feelings on the law are complicated. She loves her babies, deeply, but she also aches for the life she may never get to lead.”

Pro-life activist and Live Action founder Lila Rose did not appreciate the author’s portrayal of the young mother. She tweeted: “She trusted you and you wrote a cruel, condescending piece about her. You objectified her & her beautiful girls for your own pro-abortion ideology. You didn’t help her, instead you did everything you could to make her look ignorant, & her future look as bleak & dark as possible.”

The Wash Post—inadvertently, no doubt—writes a beautiful, powerfully pro-life story.

Very much worth reading. https://t.co/pRkeQuF0Wd