UNITED NATIONS — As the seemingly interminable election campaign nears the finish line, there are a few glaringly missing topics which remain almost untouched. The first deals with an issue affecting nearly everyone and the other one which may determine America’s future scientific prowess and potential.

Gasoline prices. Here we have record high prices at the pump and there’s the near deafening silence of sheep as people pay $4.25 regular and $4.57 high-test in New York. The national average for regular now stands at $3.82. And this is ok? 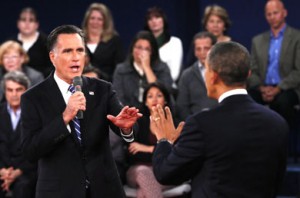 We are not just talking about the prices which families, soccer moms, and seniors pay to fuel up, but actually even more vexing is the price paid by the trucking industry. The transportation cost for goods and services have soared. This not only hurts American competitiveness but serves as a real deadweight to the lackluster economic recovery.

And you can’t blame it all on OPEC. High taxes and rising demand are one thing. But what about the Obama administration’s unwillingness to choose additional energy supplies from neighboring Canada? The Keystone XL pipeline would guarantee one million barrels of oil a day from Alberta to the USA. That’s an impressive amount which we have by choice forfeited.

And guess who’s negotiating with our Canadian friends to buy the oil we have declined?

The People’s Republic of China! In a business deal with clear strategic implications, Beijing’s state-owned CNOOC oil company has now negotiated a $15 billion bid with Canada to purchase the Calgary-based Nexen petroleum. It’s a logical business deal which Washington has probably lost, pending some last minute regulatory roadblock in Ottawa.

The geopolitical implications for the USA importing additional oil from safe and secure Canada clearly outbalance petroleum purchases from the Middle East or Venezuela.

Prices at the pump are high globally but this is not the issue, nor the excuse. The USA has genuine domestic and foreign fuel options in a path not taken by an Administration who perhaps favors higher anti-consumer energy prices as to foster battery powered autos or mass transit.

Another key issue involves how the USA may fall behind in Research and Development, (R&D). The cutbacks at the National Aeronautics and Space Agency (NASA) represent a stunning setback to American science and space exploration.

NASA was always about national pride, achievement and as importantly scientific vision.

The President has not shut NASA, he has clipped its wings by foolishly phasing out the manned space flight capacity. Very few countries have the capacity to safely launch manned space flight; the USA, Russia and China. Not even Europe’s impressive European Space Agency (ESA), has the capacity for manned flight. Now we are outsourcing many launches to Russia’s Soyuz rockets.

Neil Armstrong, the first man to walk on the Moon, blasted Obama’s cutbacks to NASA stating, “For the United States, the leading space-faring nation for nearly a half a century, to be without carriage to low earth orbit for an indeterminate time into the future destines our nation to become one of second- or even third-rate stature”. Armstrong, who died in August at 82, had publicly opposed the Obama administration’s program cuts as did other Apollo-era astronauts.

While NASA still boasts impressive facilities at the iconic Cape Kennedy, following the phase-out of the Space Shuttle program by Obama, the region has lost over 10,000 high paid scientific positions, precisely the type of jobs which traditionally gave America the scientific cutting edge and an enduring pride.

Have we lost the Right Stuff? Possibly.

Here’s a more down to earth economic indicator. The prestigious World Economic Forum Global Competitiveness Report has downgraded American business ratings for the fourth consecutive year. This barometer of global business conditions among 144 countries has indicated a slow but certain down tick in U.S. standing from number five in 2011 to seven today, or just behind the Netherlands and Germany. In 2007 the USA ranked number one globally in this survey.

Sadly, falling behind has been part of the American experience over the past four years. Not striving for exceptionalism nor searching for new horizons. Some appear content with an unremarkable status quo where rhetoric masks reality and reality becomes part of a blurred American vision.