Tracking your every move: How elites at WEF in Davos would enforce ‘digital media literacy’

Last week’s gathering of globalists at the World Economic Forum (WEF) in Davos, Switzerland focused heavily on combating the spread of “misinformation and disinformation” vs approved propaganda.

One of the answers provided was the introduction of digital IDs. 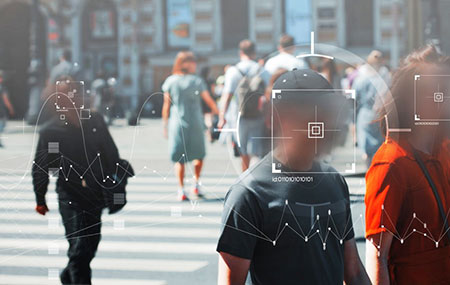 As part of the Great Reset, the WEF rolled out what it called the Global Coalition for Digital Safety, an initiative designed to “accelerate public-private cooperation to tackle harmful content online.” In an effort to remedy the scourge of malicious material, the WEF has brought together a “diverse group of leaders who are well placed to exchange best practices for new online safety regulation and help millions of connected citizens improve digital media literacy.”

“These ‘diverse leaders’ include head honchos at the likes of Google, Microsoft, Interpol, and a number of government ministers,” John Mac Ghlionn noted in a May 26 analysis for The Epoch Times.

Another coalition member is Yoti, a company that proclaims it is striving to make the Internet a safer place through the use of digital IDs.

Using digital IDs, every move of individuals can be tracked in real time.

“You can run all you want, but you cannot hide,” Mac Ghlionn wrote. “The dangers posed by digital IDs cannot be emphasized enough.”

Solomon, who has tracked the technological intrusion on human rights for over a decade, said digital IDs “pose one of the gravest risks to human rights of any technology that we have encountered.”

Related: Who is Klaus Schwab? The ‘Great Reset’ is no conspiracy theory, January 12, 2022

As we rush “headlong into a future where new technologies will converge to make this risk much more severe,” we must prepare ourselves for the dawn of “near-perfect facial recognition technology and other identifiers, from the human gait to breath to iris,” according to Solomon.

Digital IDs may soon be the norm in the United States. Analysts at Reclaim the Net recently reported that the U.S. Postal Service is pushing for the introduction of digital IDs. The USPS wants to “have a more prominent role in biometric data collection and digital ID services.”

The USPS has already partnered with the General Services Administration (GSA) and the FBI, two prominent “biometric data collection pilots.”

The Internal Revenue Service (IRS) also “wants your face,” The American Conservative reported earlier this year. According to the report, the IRS intends to require users to scan their faces to access their tax returns.

Canada, a country with close ties to the WEF, is actively considering the use of digital IDs. According to the Canada Gazette, Prime Minister Justin Trudeau has spoken with airlines about introducing “digital identity documents” and “biometric travel documents.”

Canada’s plan is part of a broader plan, one that was initiated by the World Economic Forum. In a white paper released last year, authors at the WEF discussed the many ways in which digital ID programs will become an integral part of the financial services industry.

Mac Ghlionn concluded: “The United States is fast becoming a first-world country with third-world protections for its people. No one should be happy about this. Well, almost no one, except, perhaps, the elites in Davos.”

Tracking your every move: How elites at WEF in Davos would enforce ‘digital media literacy’ added by Editor Two on May 31, 2022
View all posts by Editor Two →