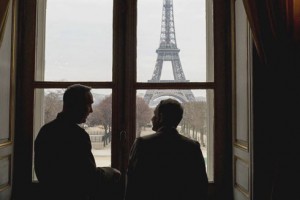 Who is Donald Trump? Scott Brown and the RINO temptation 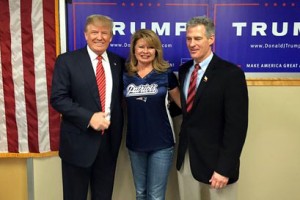 Special to WorldTribune.com Jeffrey T. Kuhner Donald Trump has just made the first big mistake of his campaign. Looking to maintain his huge lead in New Hampshire, he has warmly accepted the endorsement of former Massachusetts Sen. Scott Brown. It is a poisoned chalice, and Mr. Trump drinks it at his peril. Mr. Brown is […]

Special to WorldTribune.com Radio Free Europe / Radio Liberty The Pentagon on Feb. 2 will provide a preview of its 2017 budget requesting more funds to beef up U.S. forces in Eastern Europe and fight the Islamic State of Iraq and Levant extremist group. The Pentagon’s request for the fiscal year beginning Oct. 1 will […]

Jordan king: ‘The dam is going to burst’ on Syrian refugees

Special to WorldTribune.com Jordan can no longer take in Syrian refugees without international assistance, King Abdullah said. The country is at its “boiling point,” Abdullah told the BBC. He said that Jordan has spent 25 percent of its budget on the hundreds of thousands of refugees. “Sooner or later, I think, the dam is going […]

Special to WorldTribune.com Egypt is looking to revive its crippled tourism industry by tapping into new markets in Europe, Asia and Latin America. During November and December, about 1 million tourists visited Egypt, down 41 percent from 2014 and the lowest number for the peak months since 2005. “The reason for the plummet in tourism […]

Special to WorldTribune.com Turkey reported that NATO radars detected a Russian Su-34 warplane violating its airspace. “Russia can not cover up its violation of our airspace. It’s not possible to hide such an incident if it did happen, or to make up a violation if it didn’t happen,” Turkish Prime Minister Ahmet Davutoglu said on […]

Saudis report 375 civilians have been killed near Yemen border

Special to WorldTribune.com Iran-backed Houthi rebels and their allies have fired some 40,000 projectiles from Yemen into Saudi Arabia, killing at least 375 civilians, Saudi officials said on Feb. 1. On Feb. 1 alone, nearly 130 mortars and 15 missiles were fired by the Houthis and forces loyal to Ali Abdullah Saleh, Yemen’s former president, […]

Special to WorldTribune.com Radio Free Europe / Radio Liberty Iran says it now has access to more than $100 billion worth of overseas assets that were unfrozen as a result of a landmark nuclear deal with world powers. Government spokesman Mohammad Bagher Nobakht said much of the money was stored in banks in China, India, […]