When you add in the fact that there were more than 62,000 “gotaways” in March alone, the enormity of the problem of criminal illegals entering the U.S. becomes clear. 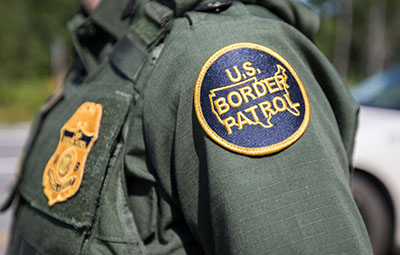 Arrested by Rio Grande sector agents between March 28 and April 1, according to a report by Fox News’s Bill Melugin, were:

Melugin noted that Customs and Border Protection (CBP) sources told Fox News there were more than 300,000 gotaways at the border in the last six months.

On April 3, Melugin cited Department of Homeland Security (DHS) sources as saying DHS mass released over 360 migrants in Brownsville, Texas on April 2. “They were on multiple different buses coming from the McAllen area, and I’m told similar releases have been taking place there every day for over a week,” Melugin said.

Video from Eagle Pass, Texas posted to social media by independent journalist Ali Bradley shows a steady stream of illegals crossing the Rio Grande. The illegals told Bradley they were “from Colombia and are hoping to work in America.”

“As soon as they crossed we talked with them until officials arrived. They were all happy to show me their passports — They tell me they haven’t lived anywhere aside from Colombia. They say they are going to Tampa, Houston and Boston,” Bradley said.

“As soon as they cross, they change into dry clothing — Every group I have encountered does this. Many leave their wet belongings behind, some even leave personal documents— Migrants have told me that they believe those documents can hurt them more than they can help them.”

One group who made it into the U.S. told Bradley that they didn’t have to deal with a cartel, but instead paid Mexican police $2,000 to get them across.

TX: Eagle Pass has been seeing a steady stream of migrants illegally crossing the Rio Grande into the U.S. — This group of 30+ (mostly family units) tells me they are all from Colombia and are hoping to work in America… 1/3 pic.twitter.com/mzJleUtGd0