While other nations green-light the use of ivermectin to treat Covid-19, the FDA appears to be working with the United States Postal Service to block shipments of the drug which many nations have found to be highly effective against the virus. 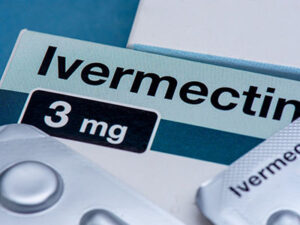 Attorney Aaron Siri, managing partner of Siri & Glimstad, posted a letter in which the post office at the FDA’s behest held a shipment of ivermectin at the JFK Ariport in New York that had been mailed from a foreign nation and was destined for an address in New Mexico.

The FDA is working with the post office to hold packages containing ivermectin. The FDA could better use its resources to, I don’t know, publicly release the docs submitted by Pfizer to license its mandated liability-free V earlier than 75 years from now! https://t.co/i6eLcqnciX pic.twitter.com/O2d1zgTjAB

In Japan, the chairman of the Tokyo Metropolitan Medical Association has given the go ahead for ivermectin as a Covid treatment.

Citing successful use of ivermectin in India, Bangladesh, Argentina, and Mexico, Dr. Haruo Ozaki called for the immediate use of the drug in Japan as cases surge.

Since August, Ozaki said that some 18,000 new infections were being reported daily in Japan.

Dr. Ozaki also declared that ivermectin has demonstrated significant benefits in reducing infections and deaths where the regimen is prophylactically administered.

Meanwhile, the below chart from Johns Hopkins shows how African nations which widely distribute ivermectin have had drastically lower death rates than those which do not. 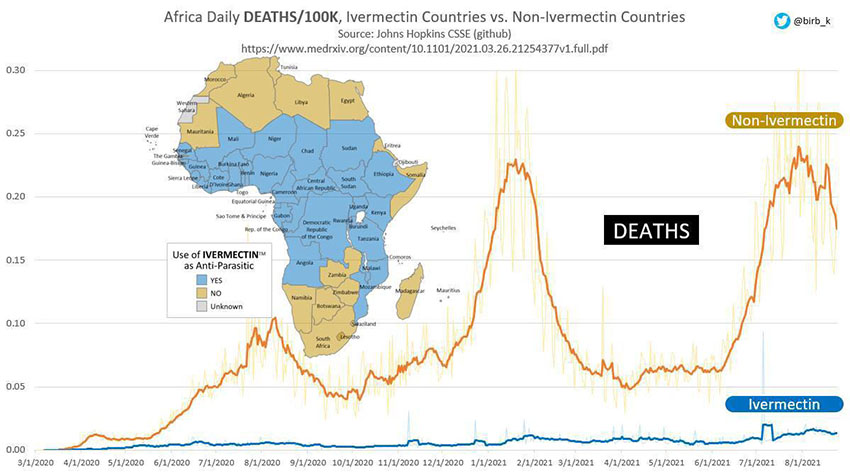 Not only are U.S. officials continuing to block the use of a drug that has proven to be effective and a life saver, but they also continue to push the vaccines on young children despite emerging evidence that the jab can be more harmful to the young than the virus.

In an interview with the DarkHorse podcast, McCullough cited several studies to back his claim that vaccine-induced myocarditis is a rapidly growing problem. The condition has become so prevalent, he says, that children aged 12 to 17 are actually “more likely to be hospitalized with myocarditis” after taking the vaccine than the virus itself.

Still, the FDA approved the vaccine for children aged 5 to 11, spurring a wave of mandates in school districts across the nation. McCullough says that these mandates will inevitably cause the already high number of myocarditis cases to “skyrocket” over the next few months.

Even more concerning, McCullough said, is that people under 50 who develop a minor myocarditis condition will end up with permanent heart damage around 13 percent of the time – which will likely remain the case in individuals who develop vaccine-induced myocarditis, resulting in a shocking number of young people who will be forced to fight heart problems for their entire lives.

Reports: FDA blocking shipments of ivermectin; Japan, African nations are not added by Editor Two on December 14, 2021
View all posts by Editor Two →