In communist societies, the ruling regimes have eyes everywhere. Armies of snitches at the ready to turn in their neighbors, co-workers and even family members for any infraction against the regime’s diktats. 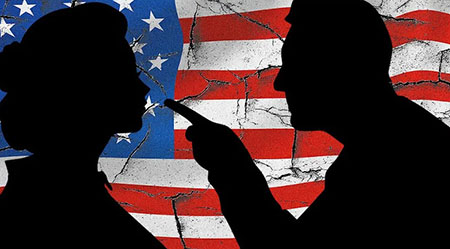 Team Biden will rely on such an army to enforce its vaccine mandate, a report said.

Since the Occupational Safety and Health Administration doesn’t have enough workplace safety inspectors to do the job, Team Biden will rely on informants to rat out anyone running afoul of the mandate.

“So the government will rely upon a corps of informers to identify violations of the order: Employees who will presumably be concerned enough to turn in their own employers if their co-workers go unvaccinated or fail to undergo weekly tests to show they’re virus-free,” the AP proclaimed.

Even though a federal court has blocked the mandate and more than 25 state attorneys general are challenging the order, Team Biden is moving full-steam-ahead in requiring tens of millions of workers at companies with 100 or more employees to be fully vaccinated by Jan. 4 or be tested weekly and wear a mask on the job.

“There is no army of OSHA inspectors that is going to be knocking on employers door or even calling them,” the AP cited Debbie Berkowitz, a former OSHA chief of staff, as saying. “They’re going to rely on workers and their union representatives to file complaints where the company is totally flouting the law.”

Companies that delay implementing a policy — and tracking the vaccination or testing status of their employees — could face fines of $14,000 for each employee who fails to comply with the rule, while businesses that are deemed in “willful violation” of the requirements could face additional fines of about $136,000.

The AP report goes to great lengths to inform “whistleblowers” how they can turn in their employers for violating the vax mandate and avoid retribution.

One step closer to that social credit system that the Chinese Communist Party has already implemented and that American Marxists covet.

Report: Team Biden will rely on informants to enforce vax mandate added by Editor Two on November 10, 2021
View all posts by Editor Two →