The Department of Health and Human Services (HHS) awarded the funds to the Vera Institute of Justice, Big League Politics reported on Feb. 16. 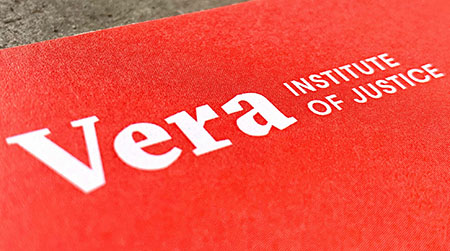 The organization received the contract in 2021 to “provide immigration related legal services to unaccompanied minors,” according to USASpending, a federal contract database.

“The Vera Institute of Justice is a behemoth progressive nonprofit based out of New York City with well over a $140 million budget, which they use to fund a slate of progressive causes and initiatives across the country,” Jason Hopkins, an investigative associate with the Immigration Reform Law Institute, told Fox News. “Whether that be criminal justice reform, bail reform and also immigration.”

Vera Institute’s website says that the organization “is committed to ensuring that every person facing deportation receives legal representation regardless of … history with the criminal legal system.”

Hopkins said to Fox News: “That really opens up the door to — is this an illegal alien who’s been charged, convicted of murder, rape and any other heinous crime? Vera is very open that they really don’t care about their criminal history.”

The $158 million from HHS “is just the latest in the hundreds of millions” the Vera Institute has been awarded, not only by the federal government, but by state and local governments as well.

Fox News Digital, in a report last month, cited the Immigration Reform Law Institute as estimating that taxpayers in several cities will be on the hook for a deportation legal defense initiative Vera is involved in.

“Vera Institute of Justice has an initiative called Safety and Fairness for Everyone,” Hopkins said. “This began several years ago, and it focuses on providing taxpayer-funded legal representation to aliens – even illegal aliens – that are placed in deportation procedures.”

According to the immigration reform group, the initiative used public funding in 50 jurisdictions, 22 of which are formal partners with the Vera Institute.

“What they’ve done is frankly very smart,” Hopkins stated. “It’s sort of a bottom-up approach. Instead of being funded by the federal government and kind of trickling down, this is more of a grassroots approach where they’re going from city to city, county to county and getting these local city governments to create a deportation fund that’s in part funded by taxpayers.”