Data from the UCLA Center for Immigration Law and Policy reveals that 99 percent of border crossers in Team Biden’s so-called “Dedicated Dockets” program in Los Angeles have invalid claims for asylum and have been ordered deported. 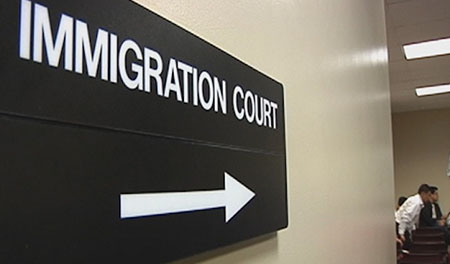 Team Biden initiated the Dedicated Dockets program in 2021 as a fast-track asylum process with the goal of getting border crossers through federal immigration courts within 300 days.

Seventy-two percent of the rejected claims were issued “in absentia,” meaning the migrant, or migrant family seeking asylum never showed up for court.

The Biden administration this week said it is implementing further measures to expedite asylum cases. The new measures will allow not only judges to give approval for asylum, but also dedicated asylum officers with U.S. Citizenship and Immigration Services (USCIS).

“The Biden administration is sending a clear message: our borders are open, you will not be detained, and your asylum claim does not have to be heard by a judge,” Wisconsin Republican Sen. Ron Johnson said in a statement.

“I strongly oppose the Biden administration’s brazen attempt to rewrite the asylum laws in America by executive fiat,” Johnson continued. “The changes the administration is proposing can only be made by Congress. I’m pleased my resolution received bipartisan support and the Senate will be able hold another vote to disapprove of Biden’s lawless power grab.”

Team Biden “has deployed an expansive Catch and Release network where more than 954,000 border crossers and illegal aliens have been released into the U.S. interior from February 2021 to April 2022,” Breibart’s John Binder noted in a May 26 report.

“Those border crossers and illegal aliens are released on the promise that they will check in with Immigration and Customs Enforcement (ICE) and show up to their asylum hearings. the UCLA data suggests very few show up to their hearings,” Binder added.

Although more than 1.2 million illegal aliens have been ordered deported from the U.S. by federal immigration judges, former Acting ICE Director Thomas Homan told Breitbart News that the Biden administration is deporting just one illegal for every 100 illegals successfully crossing the southern border.

Report: 99 percent in Biden’s fast-track asylum program have invalid claims added by Editor Two on May 29, 2022
View all posts by Editor Two →