Planned Parenthood, the largest abortion provider in the United States, reported that it performed 321,284 abortions during fiscal year 2016-2017. 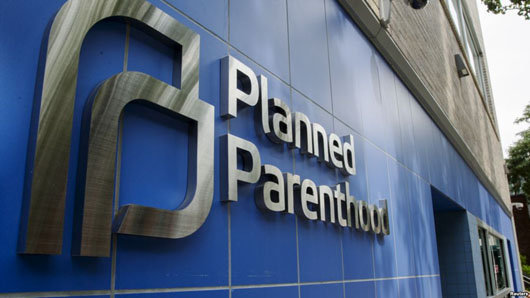 “Like past reports, this one also tried to sell the misleading idea that abortions make up only 3 percent of the services provided by the abortion corporation,” the California Family Council said.

The Media Research Center estimated in 2016 that Planned Parenthood had performed upwards of 7.5 million abortions since the 1973 Roe v. Wade decision.

“Despite record income, non-abortion services are in decline, clients are abandoning them in droves, and dozens of facilities have closed. Meanwhile, abortions are holding steady at over 320,000 a year,” the Susan B. Anthony List said. “Yet this report barely scratches the surface of the abortion giant’s troubles as it faces federal investigation for its role in the grotesque harvest and sale of aborted babies’ body parts for profit.”

Writing for LibertyNation.com, Joe Schaeffer noted that “The undercover video expose of Planned Parenthood’s active participation in the harvesting of aborted baby parts for profitable sale to medical researchers caused arguably the biggest public relations hit to the abortion goliath in its history.”

The appointment of Wen “clearly indicates that Planned Parenthood will be cloaking itself in the mantle of social justice as it desperately seeks to rebrand away from the grisly facts of its core business service: the murder of unborn babies on a mass retail scale,” Schaeffer wrote.

At the 2018 Baltimore Women’s March, Wen stated: “I will not have my son, our children, grow up in a society of racism, sexism, misogyny, bigotry, white supremacy, homophobia, transphobia, denial of science, denial of climate change …”

As part of its rebranding effort, Planned Parenthood in 2016 “hired a global design firm to redo its ‘health clinics’ in warm, inviting colors meant to make terminating a pregnancy less like infanticide and more akin to a holistic spa treatment,” Schaeffer wrote.

These are quotes from the new abortion clinic design plan.

“But try as it might,” Schaeffer wrote, “Planned Parenthood cannot get away from the ugly truth of what it is really all about. The blood of millions of murdered babies since 1973 cannot be washed away with empty platitudes culled from the lexicon of cultural Marxism.”