GlobalData, a firm that says its mission is to “help our clients to decode the future, make better decisions, and reach more customers” and its vision is to “be the leading data, analytics, and insights platform for the world’s largest industries,” is forecasting a booming growth market for the health care establishment in one particular area: heart muscle disease.

There’s a new blockbuster heart disease market in town — and it’s set to explode in size. As Pfizer, Bristol Myers Squibb and Alnylam are already fighting for their share of prescriptions, a new report finds they’ll have millions more patients to treat in the coming years.

That disease is cardiomyopathy, an umbrella term covering a series of problems with the heart muscle, where the walls of the heart chambers have become stretched, thickened or stiff. 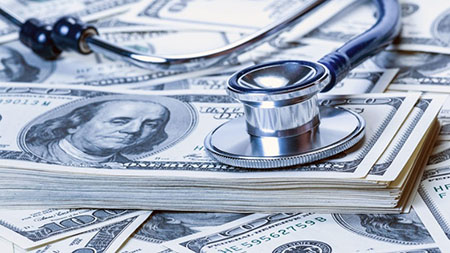 A July 7 press release from GlobalData can be read here while a preview sketch for potential clients of the GlobalData “Cardiomyopathies Epidemiology Analysis and Forecast” dated June 13 can be seen here.

“In the [seven major markets], the diagnosed prevalent cases of cardiomyopathies was 2,268,240 cases in 2021. The market is expected to grow at an [annual growth rate] of more than 2% during the forecast period,” the forecast states. The language is that of a for-profit investment vehicle mulling future orange juice crop prospects yet instead of citrus fruits, it is serious human illness that is being speculated upon here.

The issue is anticipated to be especially acute in the United States, Fierce Pharma writes:

Analysts at GlobalData crunched the numbers and found that by 2031, cases of cardiomyopathy will balloon to 7 million around the world, but most of the growth will come from the U.S. Some 2.3 million cases are expected in the States by that date….

“Even if we compensate for the differences in population size, the U.S. is still miles ahead when it comes to total cardiomyopathy cases,” explained Walter Gabriel, an epidemiologist at GlobalData.

The reasons offered for this sudden explosion just so happen to leave out a certain something:

Fierce Pharma even sends a heads-up to a specific Big Pharma giant on the exciting business prospects headed its way:

Though bad news for the health of the nation, that growth in cardiomyopathy is a bullish report for three pharmas: Pfizer, BMS and Alnylam, which have scored fresh FDA approvals and trial wins that are tackling some of these forms of cardiomyopathy.

An advertising pitch included in the GlobalData forecast bluntly declares:

The Cardiomyopathies Epidemiology series will allow you to:

But what about that elephant being ignored in the merchant square?

As more and more Americans are fully grasping with each passing day, the evidence for greatly increased risk of heart problems due to the coronavirus jab is overwhelming. And it is not just coming from so-called “fringe” non-mainstream sources.

As WorldTribune has reported, in November 2021:

…the American Heart Association, not exactly a conspiracy theory blog, had weighed in: “We conclude that the mRNA vacs dramatically increase inflammation on the endothelium and T cell infiltration of cardiac muscle and may account for the observations of increased thrombosis, cardiomyopathy, and other vascular events following vaccination.”

The study found the risk for the Moderna vaccine was the highest, increasing risk of myocarditis in young adults aged 18 to 24 by 44 times. For the Pfizer vaccine, the risk was found to increase by 13 times.

Fierce Pharma certainly foresees a cash cow on the horizon for Big Pharma:

Pfizer won an FDA approval in 2019 for [its cardiomyopathy drug] Vyndaqel in ATTR-CM [Transthyretin amyloid cardiomyopathy] and made just over $2 billion in sales in 2021, while in April this year, the FDA granted Bristol Myers Squibb’s Camzyos a green light to treat symptomatic obstructive [Hypertrophic cardiomyopathy or HCM], which could see peak sales of $4 billion.

Alnylam, meanwhile, has a rare drug approved in Amvuttra for certain nerve and organ damage; it’s also in trials to treat ATTR cardiomyopathy. Evaluate Vantage recently said the drug could reach $1.8 billion in global sales by 2026 should it also nab that approval.

The market is expanded by increased diagnosis, thus there will be an organized push for heart condition awareness:

For all these drugs, the key issue will be boosting diagnosis of a condition largely deemed to be going under the radar and now looks as if they could have an even bigger U.S. market than they first thought.

Bristol Myers is already running several campaigns aimed at boosting the diagnosis rate. This includes a patient-based, unbranded education campaign, called “Could It Be HCM?”, which highlights possible signs and symptoms and encourages people to ask their doctors if they should see a cardiologist.

The old saw about “manufacturing the disease and then selling you the cure” never seemed so apt.