Stolid Mitt Romney has come up with an energy plan with a stinger in its tail.

The mainstream media, fixated on distractions of the Democratic matador’s cape, virtually ignored it. Energy aficionados gave it a ho-hum reception since it calls on hoary common-sense arguments. But the plan contains a magnificent hidden route for helping navigate the fiscal crisis and put us on the road back to vibrant federalism.

Mr. Romney’s promise of “North American energy independence” by 2020 may or may not be achievable, but it is incontestable as a goal. When the history of this era is written, exorbitant transfer payments to benighted Mideast oil despots who are financing Islamist fanaticism may go down as its greatest folly. 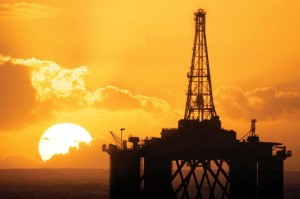 Mideast oil was, after all, developed by American capital, technology and management. A failure of will led to its expropriation by local rulers and put us on the drunken path that world energy has followed ever since. The world continues to pay a high price for that lapse of fortitude.

The presumed Republican nominee’s answer to the cliched “energy independence” debate is nuanced, including, for example, Canada and Mexico in its calculations. He puts a point to the criticism of President Obama’s sloshing subsidies to friends and bankrupts for solar and wind power. Yes, he implies, we should be moving away from fossil fuels — although, like Mark Twain, reports of their death have been exaggerated with the slate gas revolution extending the life of known reserves by decades.

With his own expertise in that clan, Mr. Romney argues that government officials trying to impersonate venture capitalists is an inherently bogus exercise; Washington is not good at picking winners and losers. Subsidize scientists searching for renewable-energy sources instead of throwing vast sums at amateur entrepreneurs flopping in a premature market. Until further scientific breakthroughs do come, Washington is only subsidizing Chinese exports to American pseudo-markets.

Mr. Romney, like most experts, would open the energy storehouse that the Obama administration — spearheaded by a berserk Environmental Protection Agency — has slammed shut. That would include everything from the Keystone XL pipeline bringing Canadian oil-sands crude to Houston refineries to expanded drilling off shore and on federal lands. It goes without saying that such uncapping of fossil fuels — Mr. Romney includes coal in his plan — would go to the problem at the heart of our present economic crisis, jobs.

But the hidden nugget in Mr. Romney’s proposal is a much more ambitious concept: a rewriting the 1920 Mineral Leasing Act. A product of the Progressive movement’s effort at conservation in the robber baron era of the late 19th century, like many other reforms, the law has turned into an economic nightmare, a land grab by a ruthless bureaucracy working hand in hand with special interests. A rewrite of an earlier law removed from settlement an eighth of all U.S. land and coastal waters.

All you have to do is look at the fees to know how much it needs revision: the feds’ bonus (an initial payment), rental costs ($2 per acre), and royalties (12.5 percent of the gross value of oil and gas extracted). Mr. Romney’s bombshell would be to return governance of these mineral resources back to the states.

You get some idea of what might be possible in the waters off Virginia’s coast. The state’s identified reserves may be as much as 1 billion barrels of oil and 2.5 trillion cubic feet of gas. Even under present terms, their exploitation could net the state $2 billion over a decade, along with secondary economic activity, including, again, jobs.

States would have options. Environmentalista opposition, which now forecloses California and Florida from exploration and drilling, is likely to melt in the face of new safeguards and the desperate need for state revenues, Hollywood’s glitterati notwithstanding. Inland states can look to shale development, already a reality on private lands in New York, Pennsylvania, North Dakota and Montana.

There will be problems, of course, and not just legitimate environmental concerns. But new state revenues hold the promise of reversing our growing dependence on federal handouts financed through the world’s champion tax collector, the Internal Revenue Service. The Romney plan would facilitate federal spending cuts that all concede are necessary.

Mr. Romney’s election wouldn’t be enough on its own to see such a program through. Implementation would require congressional action, efforts now blocked by Senate Democrats’ control. But the mere launching of the idea is as bold as Mr. Romney says his father’s advice would have been to another generation of presidential aspirants. It may yet stimulate Washington’s intellectual juices after the white heat of this fall’s partisan battle dies away.