Not just a phase: Corporate America is all-in on the transgender children agenda

Do people truly understand the level of commitment being shown by brand-name corporations to the destructive Cultural Marxism that is running wild in American society today?

This isn’t mere posturing. A perfect example is going on right under the eyes of the nation at this very moment. Hundreds of corporations are going out of their way to actively support the warping of young minds, bodies and souls via the transgender children agenda.

This is an intensely divisive campaign that alienates these companies from tens of millions of Americans. And yet they are displaying a shocking devotion to this highly controversial ideology regardless of the cost they may have to pay with the general public. What does that tell you? 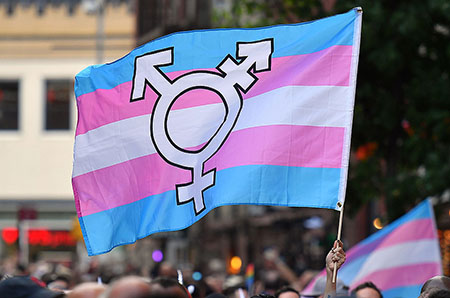 “Amazon, American Airlines, Facebook and IBM Corp. were just some of the more than 40 employers opposing the bills in a letter released Monday by Texas Competes, a coalition of Texas businesses in support of a more inclusive Texas,” The Dallas Morning News reported April 19 on the latest corporate pushback against legislation to protect young Americans from the transgender tsunami.

The full text of the Open Letter is eye-opening. These corporations have no hesitancy in stating that they want kids to be able to have the right to permanently mutilate themselves at an age where they have not fully matured mentally or physically (bold added throughout this column):

We are concerned to see a resurgence of efforts to exclude transgender youth from full participation in their communities, to criminalize or ban best-practice medical care that is proven to save lives, or to exclude LGBTQ people in a variety of other settings, including accessing healthcare, filling a prescription, or seeking legal representation.

More than 1,400 companies are listed on the Texas Competes website as having signed a pledge in support of this demonic cause.

Tellingly, the threats are right out in the open for states that may not want to go along with such evil. An “Economic case” section reveals how extortion and bullying come into play:

Texas is a magnet for corporate relocations, expansions, and investments. But recent events have shown that many companies are unwilling to make investments in LGBT-unfriendly states.

On the other hand, a welcoming stance can attract major investments.

Fawning big-box media attention is also a staple characteristic of this imposed movement. An April 23 editorial in the San Antonio Express-News, the fourth-largest newspaper in the state of Texas, parrots Texas Competes talking points while later going on to mention the group by name:

Reminiscent of the debate over the failed bathroom bill of 2017, proponents of anti-transgender bills claim that transgender children are a threat. Nonsense. The real threat comes from legislators zealous in discriminating against children for political gain. They have no shame.

The Austin American-Statesman, the fifth-largest newspaper in Texas, wrote the following in a Business section article – not opinion – about Texas Competes Managing Director Jessica Shortall giving a TED speech in 2017:

Jessica Shortall, head of a Texas business group that advocates for LGBT rights, delivered a thoughtful and impassioned speech about the transgender bathroom debate at the South by Southwest conference on Sunday. It was the kind of speech that brought the crowd to its feet for a standing ovation — twice.”

Shortall has also started up America Competes as a national group in the Texas Competes mode. Dell, IBM and Salesforce are on its “Steering Committee.”

America Competes is a business-driven national coalition, providing the business community with education, legislative analysis, coordinated communications, opportunities for public and private engagement, and connections to state and national nondiscrimination efforts so they can effectively advocate for equal opportunity for all LGBTQ Americans.

“In states”: This paragraph confirms the fully engaged Big Corporate political advocacy that is being conducted on a local level:

A “Freedom of Religion” paragraph on the “Our Guiding Principles” page shows this corporate-backed movement is decidedly against any religious right to oppose the homosexual or transgender agenda:

We see no conflict between maintaining religious freedom and ensuring that all of our customers, employees, and employees’ families are treated equally. Religious freedom doesn’t give any of us the right to discriminate or treat others unfairly because of who they are. We oppose any policies or laws that would allow employers, businesses, or taxpayer-funded institutions to discriminate against others.

This is what is being promoted by the companies that Americans give their hard-earned money to!

Erik Day is also an advisor to @GenderCool. "I’d respectfully ask you not to take away from these kids the opportunity to simply belong, in a world that so often tells them they do not." #txlege

“Gender Cool” is an advocacy group that uses these confused and abused kids as political mouthpieces. Day, Senior Vice President, Small Business at Dell Technologies, is on the Gender Cool Leadership Team as a “Strategic Advisor.”

Corporate partners and supporters of Gender Cool include American Airlines, Bank of America, Capital One, General Mills, NBCUniversal and Nike.

This is another aggressive organization that is not hiding Cultural Marxism’s intentions. They will use the law to enact their tyranny:

The larger issue is this: to what extent can organizations or individuals use their religious beliefs to justify discrimination, even when it’s against the law? These kinds of exemptions are what we call “religious refusals” or “license to discriminate” legislation, because they allow individuals to refuse to comply with generally applied laws due to their “sincerely held religious beliefs.”

Religious refusals target more than just the LGBTQ+ community. They open up a Pandora’s box that would allow discrimination against other faith traditions, access to reproductive healthcare — any issue that people could conceivably have a “sincerely held religious belief” about.

Equality Texas is part of a national Equality Federation that also includes the group Equality California, which we reported on in 2019:

An example of Equality California’s idea of “social justice,” backed by State Farm, can be found in the state’s alarming new guidelines on sex education in public schools. According to a Fox News report:

“Ultimately, California’s finalized framework [on sex-ed in schools] tells teachers that students in kindergarten can identify as transgender and offers tips for how to talk about that, adding ‘the goal is not to cause confusion about the gender of the child but to develop an awareness that other expressions exist.’

Kellan Baker is Co-Chair of the Board for the Equality Foundation. His bio states that he is “the Centennial Scholar in the Department of Health Policy and Management at the Johns Hopkins Bloomberg School of Public Health, where he is pursuing a doctorate in health services research with a focus on transgender health and economic evaluation.”

The Johns Hopkins Center for Health Security is an independent, nonprofit organization within the Johns Hopkins Bloomberg School of Public Health. As we reported last May, The Center partnered with the World Economic Forum and the Bill & Melinda Gates Foundation on Event 201, a 3.5-hour dress rehearsal simulation of an organized, monolithic elitist response to a hypothetical worldwide health pandemic. It was held in October 2019, just months before the coronavirus social curbs took force in early 2020.

In other words: the same people responsible for the coronavirus hysteria are also driving the transgender narrative.

All of this is part of a march larger agenda meant to re-define and control every aspect of what it means to be a human being.

Molson Coors Beverage Company, Tito’s Handmade Vodka (there they are again!) and the Wells Fargo Foundation.

America’s big-brand corporations are deadly serious about the social, cultural and political agenda they are supporting. It is high time that patriotic Americans display the same seriousness in their consumer choices.

Not just a phase: Corporate America is all-in on the transgender children agenda. WorldTribune.com