Memo to the vaccinated: Do the right thing

[Cognitivies dissonance, according to Wikipedia, is the perception of contradictory information. According to this theory, when two actions or ideas are not psychologically consistent with each other, people do all in their power to change them until they become consistent.]

Admit it. You screwed up. Your actions were perfectly justifiable in accord with the principles of self interest which govern life in the real world. But they were wrong. 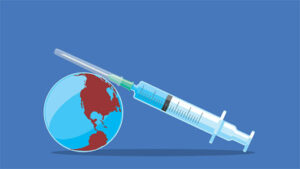 You heeded the “authorities” who assured you that survival from Covid-19 was guaranteed by science in the form of vaccines provided by major pharmaceutical firms closely aligned with  U.S. and world health organizations. You failed to follow the money and you did not connect the dots.

Your actions influenced billions worldwide who were looking to Americans for guidance in how to respond to this surreal pandemic.

Now you know. You should have had faith in God and science, not in bureaucrats and media bought and paid for by vested interests.

Your actions have compromised your own health and that of billions.

There is only one recourse. Say you are sorry. Loudly. Blame no one but yourselves for having faith in false gods rather than your own common sense and conscience.

The facts are available through the surviving Free Press in the United States of America. Read and act based on John 8:32: “You shall know the Truth and the Truth shall set you free.” There is no other way to reduce the cognitive dissonance resulting from taking an unknown substance into your body with global implications.

Memo to the vaccinated: Do the right thing, WorldTribune.com