As they retreated to safe spaces on Nov. 9, some deflated Democrats were struggling to come to terms with the realization that the reality they had taken for Gospel was sharply different from the reality experienced by less fortunate Americans. 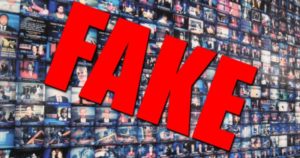 Because that realization was too difficult to imagine, columns began to appear about “fake news” being the only possible explanation for the inexplicable behavior of American voters who, however unsophisticated, had certainly been exposed to public education, Hollywood movies, prime time TV and of course CNN (is there a single airport or dentist’s office or any other public facility that does not offer the masses real-time CNN?).

“You guys have it all wrong. … I started calling Facebook ‘Fakebook’ many moons ago.

“The fake news is the New York Times.

“The fake news is NBC.

“The fake news is CNN.

“The fake news is the LA Times.

“The fake news is USA Today.”

Limbaugh continued: “The fake news is the Drive-By Media. And now everybody’s whining and moaning about parody news sites that make fun of liberalism. This is all it is. It’s people making fun of the left. It’s people parodying and satirizing leftist news and leftist culture, and they can’t laugh at it. They don’t see the humor in it, and now they’re blaming the loss on so many people being bamboozled and fooled by fake news – when the real fake news is them.

“I got a quick note here from my old buddy Seton Motley, not to be confused with Marion Motley or Bob Motley or Muttley, the wonder dog.  He said, ‘You want to hear fake news?  Fake news is every story you read reporting Obama said you keep your doctor if you like your doctor. You get to keep your plan if you like your insurance plan. Your premiums are coming down $2,500 average, every year, under Obamacare.’ That was fake news, and that’s exactly right.”

Meanwhile, former congressman Ron Paul released his own list of “fake news” journalists, which included nine entries from CNN and six each from the New York Times and MSNBC.

“These are the news sources that told us ‘if you like your doctor, you can keep your doctor,’ ” Paul said. “They told us that Hillary Clinton had a 98 percent chance of winning the election. They tell us in a never-ending loop that ‘the economy is in great shape.’ ”