If you want to keep your kids away from the Jab Establishment, rural Montana is a good place to be. 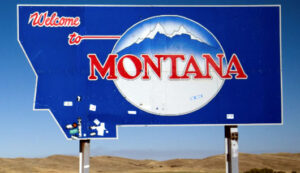 Twenty-two of Montana’s 56 counties had vaccinated fewer than 5% of kids ages 5 to 11 as of Dec. 10, according to data gathered by the state health department.

A half-dozen counties reported vaccinating no children younger than 12: Carter, Daniels, Dawson, Garfield, McCone and Wibaux. All six are in rural eastern Montana, where driving distances between towns are great.

In both McCone and Wibaux counties, health officials said that they aren’t offering the shot because of low demand and that it would be difficult to go through the minimum order of 100 doses within the 10-week period that shots can be stored in a regular freezer or refrigerator. The shots can be stored longer in special ultracold storage units that are few and far between in rural areas of Montana.

Parents in McCone and Wibaux counties who want their young children to be vaccinated must drive 40 to 100 miles round trip.

His article, which was published by Kaiser Health News, heavily relies on Kaiser Family Foundation personnel for its “expert” information.

“KHN is one of the three major operating programs at KFF (Kaiser Family Foundation),” the KHN website states. “KFF is an endowed nonprofit organization providing information on health issues to the nation.”

On Nov. 9, WorldTribune wrote of KFF:

Is it surprising to learn that the Bill & Melinda Gates Foundation has given the organization more than $27 million since 2003?

Other KFF funders include:

Facebook and Google (through Poynter — the fact-checking “journalism” institute)

Yes, the Kaiser Family Foundation, which is financially dominated by Bill Gates, is a “media partner” of NPR.

KFF on receiving an award for its gun control propaganda:

The National Association of Black Journalists has recognized KFF’s Kaiser Health News and two of its editorial partners with a 2021 “Salute to Excellence” award for a radio story about how children are taught to cope and survive in communities beset by gun violence.

The story, Teaching Kids To Hide From Gunfire: Safety Drills At Day Care And At Home, by KHN Midwest Correspondent Cara Anthony, in partnership with St. Louis Public Radio and NPR, took top honors among feature stories that aired in mid-sized and smaller radio markets.

Now that we know how the game works, back to Montana.

For KFF and NPR, it’s about overcoming opposition where people live. Unfortunately, the state of Montana isn’t cooperating:

[Jennifer Kates, senior vice president of global health and HIV policy at KFF, ] said politics may be affecting people’s willingness to get their children vaccinated in deeply conservative states like Montana. According to KFF’s latest survey data, about half of Republicans said they won’t get their 5- to 11-year-olds vaccinated, and an additional 10% said they’d do so only if required.

Kates said educating parents about how the pediatric vaccine is safe and effective will take more effort than was necessary for earlier rollouts for older kids. That burden will largely fall to state and local health departments, she said.

Montana’s state health department has said it will continue to promote COVID-19 vaccines for everybody who is eligible but doesn’t plan to promote the shots for kids, as Utah has done.

The Jabbers are finding it hard to break through:

In Sanders County, on the western edge of Montana, getting to the closest pediatric shot requires a 70-mile round trip into Idaho or a drive of more than 100 miles to and from western Montana’s larger communities.

“We most certainly will see lower vaccination rates because of that barrier,” said Nick Lawyer, a local medical provider and the county’s former health officer.

Let’s get to Nick Lawyer. He is the on-the-spot vaccine zealot in Montana. As such, Lawyer has gotten splashy big-box media attention, all painting him as a victim of bullying anti-vaxxers because he is a health expert telling these people they need to get their shot.

When Nick Lawyer, a physician assistant in Sanders County, Mont. was asked by local leaders to take on the voluntary position of county public health officer, it felt like the right thing to do to serve his community in a crisis….

Starting last winter, when the COVID-19 vaccines were rolled out, Lawyer found himself in the crosshairs of what he calls a small, yet vocal group of extremists. He was surprised, because by then Montana’s far right Governor Greg Gianforte had already overturned the state’s mask mandate and the state’s Republican controlled legislature had passed the only law in the nation banning private businesses from requiring their employees to get vaccinated.

“Although there was no mask mandate, there were no vaccine mandates, there were no health restrictions in our county, people still felt that their rights were being trampled on,” Lawyer says.

It’s a nice narrative for the dominant media: the intrepid public health crusader who only wants to reach out to these knuckle-dragging rural conservatives. Why are they so angry at him?

In fact, Lawyer strongly advocated mask mandates and backs vaccine mandates for “health care, emergency services and the military.” He is perfectly fine with having those who refuse to comply lose their jobs.

I suggest a national mandate.

Masking mandate for MT is a good step and I applaud @GovernorBullock for it.

But it’s only one step. The @imperialcollege report on nonpharmacologic control of C19 spread estimate up to a 29% reduction in spread.

Our contact tracing capacity is still a BIG Problem… 🧵

I generally agree that a mandate is inappropriate for most sectors, I very much support a mandate for healthcare, emergency services and the military.

When someone comes to get medical care, they don’t get to pick which members of the healthcare team care for them…

In a Nov. 29 Wall Street Journal article, Lawyer can be seen dutifully carrying water for the pressure campaign that would force health care employees to get the vax or be terminated:

“It would mean a tremendous reduction in service,” he said.

About 55% of the hospital’s 200 employees are vaccinated, Dr. [sic] Lawyer said, even after hospital leaders held sessions encouraging more of them to get the shots. The full vaccination rate in surrounding Sanders County is about 36%.

Lawyer can’t fathom it: Why am I being shunned?

In the end, it’s about the “expert” being rejected by the little people he wants to steer:

Lawyer says the anti-science and anti-expert climate in Montana right now is chilling.

“However genuine in the effort to preserve individual choice and individual right, when we politicize and marginalize expert opinion, that will certainly further push us down the road of fascism,” Lawyer says.

Oh, the heartbreak of being properly credentialed and ready to lecture your neighbors on how they are to live their lives… and nobody wants to listen.