It’s no secret that instead of defending the southern border and protecting Americans from the scourge that is the massive illegal alien invasion of this nation, the Biden administration is doing everything it can to move as many foreigners into the U.S. heartland as possible.

The operation is working very much like the systematic voter fraud that marked the 2020 presidential elections. Any way to get a warm body through the legal loopholes works just as well for shoe-horning illegals into the country as it does for wildly successful nursing home voter registration drives during elections with mail-in balloting. 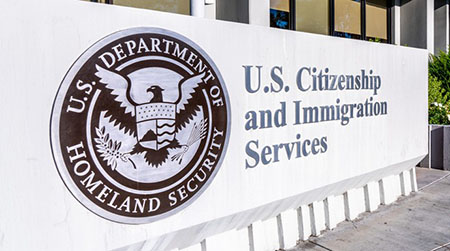 On March 7, the Biden-run United States Citizenship and Immigration Services agency of the Department of Homeland Security announced its latest attempt to game a system that has already been manipulated to the gills:

“Today, we are taking action to help immigrant children in the U.S. who have been abused, neglected, or abandoned and offer them protection to help rebuild their lives,” said USCIS Director Ur M. Jaddou. “These policies will provide humanitarian protection to vulnerable young people for whom a juvenile court has determined that it is in their best interest to remain in the United States.”

The ruling establishment must be rolling over in laughter at this approach. After years of severely castigating any “demonization” of illegal aliens as the malevolent workings of minds poisoned by “hate,” the Biden administration itself is now asserting that the children of the noble “undocumented” are suffering from an endemic wave of parental abuse.

This is how cynical nation-destroying can be.

As David North at the Center for Immigration Studies puts it:

What [the administration] really meant to say goes something like this:

USCIS today announced new policies that will provide a specialized amnesty (not supported by Congress) to a group of largely illegal aliens into their twenties, mostly from the Northern Triangle (El Salvador, Guatemala, and Honduras) who claim abuse, neglect, abandonment, or similar parental maltreatment.

[T]here is a special category called special immigrant juveniles (SIJ) for young people who claim that their parents were unkind to them; this is a numerically limited group, but the provision is little used around the world. There are no backlogs for any nations but those in the Northern Triangle, and those are now five years long.

This suggests one of two possibilities:

2. The government, aided by other mass-migration forces, is using this provision in the law to provide legal status to a not-very-distinguished population that cannot get legal status in any other way.

I suggest the second is more likely than the first.

It goes without saying that radical mass-immigration activists have been deployed to express their outrage at this latest scourge to humanity. San Francisco Bay Area NPR-affiliate KQED Radio was on tap to give the coordinated campaign its usual big-box media gloss:

Tens of thousands of applicants for a type of immigration protection called special immigrant juvenile status are forced to wait several years for work permits in the U.S. because of visa backlogs and other processing delays, according to the lawsuit, filed in federal court in Los Angeles.

The youth, age 16 to 21, often endure homelessness, hunger or exploitation because they are unable to support themselves, said Peter Schey, a lead plaintiffs’ counsel. Many crossed the southern border without their parents and don’t have adult relatives to rely on.

Do you see what is happening here? North explains:

Let me again quote the press release and offer a translation of it:

The new policies include updating regulations to clarify Special Immigrant Juvenile (SIJ) eligibility criteria such as updating an age-out provision to protect petitioners who turn 21 while their petition is pending.

Congress said you have to be under 21 to get these benefits, but we the administration have overruled Congress — you must be under 21 when you file the papers, but you can be any age when we get around to your case.

And – voila! – a new way to move young illegal alien adult males into the U.S. is harnessed.

And straight into the legal workforce. KQED continues:

Currently, SIJ status recipients may not apply for work permits until they are eligible to petition for lawful permanent residence. But there’s a bottleneck slowing their access to green cards (as permanent resident cards are known). Fewer than 700 are available each year to SIJs from any single foreign country. And that has led to the years-long wait times, according to the lawsuit, which names young SIJ status recipients and applicants as plaintiffs.

An individual sob story is a required part of the well-worn playbook:

One plaintiff is Rene Gabriel Flores Merino, 20. He fled gang violence in El Salvador, and was granted SIJ status in November 2021. He’s enrolled in college but has lived in homeless shelters for about a year, as he waits to be able to legally work, he said.

Merino is a foreigner with no justifiable reason to reside in this nation who says he wants to be able to work in this country legally. Period. Everything else is pure manipulation of American law at the expense of the American people.

That is, if they really do want to work.

Hmmm, so a lot of 16-21 year-old Central American youths are now going to find it easier to make their way into the U.S. Wonder how that will work out?

Don’t count on the Biden administration, the professional immigration activists or a colluding dominant media to acknowledge that the special immigrant juvenile status con is a particularly effective way to get more members of vicious gangs like MS-13 into America.

This not mere speculation.

A total of 45 individuals were arrested during [a special] ongoing [Operation Matador] enforcement effort, all of which were confirmed as gang members and affiliates – including 39 affiliated with MS-13, two with the Sureños, one with the 18th Street Gang, one with the Latin Kings, one with Los Niños Malos and one with Patria….

Nearly 100 recently arrested MS-13 gang members arrived in the United States by crossing through the U.S.-Mexico border as “unaccompanied minors” and then getting resettled throughout the country by the federal government….

Of the 99 MS-13 gang members who entered the country as unaccompanied minors, 64 of them were granted Special Immigrant Juvenile Status (SIJ), which acts as a quasi-amnesty program for young illegal aliens who cross the southern border.

The same Biden administration that is surreptitiously flying illegal aliens into small towns throughout America under cover of darkness is now making it easier for ultra-violent street gangs to boost their ranks.

The popular professional “conservative” opinion is that an incompetent administration continues to screw things up in America.

That opinion is manifestly wrong.

What we are witnessing here are acts of willful hostility against the American people.

It is impossible to see such a regular pattern of unbroken malicious action as anything short of an intentional effort by a rogue, imposed presidential administration to bring down this country.