The Biden administration is paying hospitals to use remdesivir as the primary treatment for Covid despite the drug being highly ineffective against the virus and routinely causing severe adverse reactions, a top physician noted.

“Despite its horrible track record, the U.S. government actually pays hospitals a 20% upcharge for sticking to the remdesivir protocol, plus an additional bonus. Hospitals must also use remdesivir if they want liability protection,” Dr. Joseph Mercola wrote for The Defender on May 12. 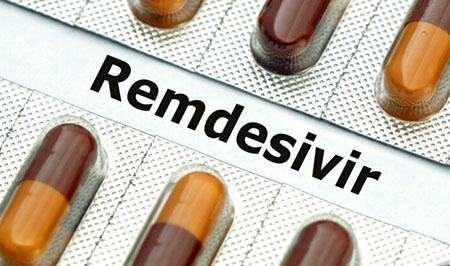 “Incentives like these have turned U.S. hospitals into veritable death traps, as more effective and far safer drugs are not allowed, and hospitals are essentially forced to follow the recommendations of the U.S. Centers for Disease Control and Prevention,” Mercola wrote.

Remdesivir is also an extremely expensive drug, costing between $2,340 and $3,120 depending on your insurance.

Ivermectin, meanwhile, which has been very effective against Covid and shown to outperform other drugs, costs between $48 and $94 for 20 pills depending on your location. The average cost is said to be about $58 per treatment.

Related: Idaho nurse: Covid patients ‘are not dying from Covid, they’re dying from the treatments’, November 29, 2021

In late April, the FDA approved remdesivir as the first and only Covid treatment for children under 12, including babies as young as 28 days. The drug is also approved for outpatient use in children.

It has been known for more than year that remdesivir is not an effective Covid treatment. The World Health Organization (WHO) in November 2020 advised against using it for Covid patients.

“Curiously, while Big Tech — aided and abetted by the U.S. government — has spent the last two years censoring and banning any information that doesn’t jibe with the opinions of the WHO, the U.S. government has completely ignored the WHO’s recommendation against remdesivir,” Mercola noted.

“The drug proved ineffective against the Ebola virus … yet was still subsequently repurposed for SARS-CoV-2 coronavirus. News media prematurely reported that patients were responding to treatment. But the published data later showed that ‘remdesivir was not associated with statistically significant clinical benefits [and] the numerical reduction in time to clinical improvement in those treated earlier requires confirmation in larger studies.’ ”

In an April 30 blog post, Dr. Meryl Nass raised concern about the FDA’s approval of remdesivir for outpatient use in babies, stating: “Remdesivir received an early EUA (May 1, 2020) and then a very early license (October 22, 2020) despite a paucity of evidence that it actually was helpful in the hospital setting. A variety of problems can arise in its secondary use, including liver inflammation, renal insufficiency and renal failure.”

In fact, Mercola noted, all Covid treatment drugs recommended by U.S. health authorities and pushed by their allies in Big Media “have been disastrous in one way or another.”

Paxlovid “will in some cases cause the infection to rebound when the medication is withdrawn,” Mercola wrote. “Molnupiravir (sold under the brand name Lagevrio) also has serious safety concerns. Not only might it contribute to cancer and birth defects, it may also supercharge the rate at which the virus mutates inside the patient, resulting in newer and more resistant variants.”

“The fact that U.S. health authorities have focused on these drugs to the exclusion of all others, including older drugs with high rates of effectiveness and superior safety profiles, sends a very disturbing message,” Mercola wrote. “They’ve basically become extensions of the drug industry and have abandoned their original purpose, which is to protect public health — by ensuring the safety and efficacy of drugs, in the case of the FDA, and by conducting critical science and data analysis in the case of the CDC. Instead, they seem to be doing everything they can to protect Big Pharma profits, even if it costs you your life.”

Despite disastrous results, Team Biden still pays hospitals to use remdesivir as primary Covid treatment added by Editor Two on May 15, 2022
View all posts by Editor Two →