This column was published orginally by Times247.com and The Washington Times National Weekly.

America may be facing a constitutional crisis. Sheriff Joe Arpaio of Maricopa County, Ariz., has made a startling declaration: President Obama’s birth certificate is fraudulent. If true — and I stress if — then this scandal dwarfs Watergate. In fact, it would be the greatest political scandal in U.S. history.

Recently, Sheriff Arpaio held a news conference. He said that his team of independent investigators — composed of former law enforcement officials and reporters — have for months meticulously examined the computer-generated birth certificate that Mr. Obama revealed to the public in April 2011. Their stunning conclusion: The document is a forgery. His chief investigator, Mike Zullo, says that the document is full of errors and omissions. In particular, Mr. Zullo claims that numeric sections are not filled out that otherwise would have been in birth certificates from Hawaii during that time. But other sections, such as those dealing with Mr. Obama’s race and his father’s work and field of study, are completed. Hence, Sheriff Arpaio’s investigative posse definitively believes the birth certificate is not authentic, but was manufactured to provide Mr. Obama with a veneer of constitutional legitimacy. 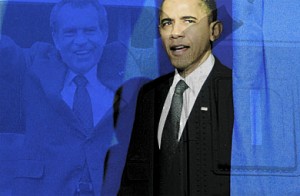 Sheriff Arpaio’s findings threaten to plunge America into an unprecedented crisis. For if — and again, I emphasize if — he is correct, then Mr. Obama has perpetrated the most elaborate hoax in U.S. history. A fraudulent birth certificate would mean that Mr. Obama is ineligible to serve as commander-in-chief. His presidency would therefore be legally and constitutionally illegitimate.

The consequences would shake the country to its very foundations. It would mean that he should be immediately removed from office — impeached. Moreover, every law and executive order passed under his administration — Obamacare, the economic stimulus, the Dodd-Frank financial reform, the government takeover of General Motors and Chrysler, the granting of amnesty to nearly one million illegal immigrants, the National Defense Reauthorization Act, the drone assassination list — would be null and void. The logic is inexorable: Should the president’s legal authority be deemed invalid, then everything resulting from it is also baseless. The Obama presidency would be overturned. Mr. Obama himself would be facing criminal charges — and possible jail time — for committing fraud.

Yet, the birth certificate issue would repeal more than the Obama administration. It would bring down the entire liberal regime. The ruling elites — the establishment media, the Hollywood left, the federal bureaucracy, the myriad regulatory agencies, the public sector unions, big banks and the financial sector — have refused to seriously examine Mr. Obama’s background. In fact, they have repeatedly propped him up. He defends the liberal corporatist status quo, constantly expanding government power. This is why they are determined to destroy anyone who seriously challenges Mr. Obama’s constitutional authority. To simply inquire into the status of his birth risks being called a “birther” — a kook and conspiracy theorist akin to Holocaust deniers. Having coddled and protected him, the ruling class could not survive if Mr. Obama was exposed as a slick con man. Their moral and intellectual legitimacy would be discredited as well.

The topic has become toxic. Even Fox News refuses to touch it. Many leading conservative radio talk-show hosts ignore it. The editorial pages of the Wall Street Journal mock so-called “birthers.” Meanwhile, the liberal media continues to vilify Sheriff Arpaio. He is being accused of racial profiling, committing civil rights abuses and having failed to effectively prosecute sex crimes. They allege he is waging a baseless, personal vendetta against Mr. Obama. Liberals are portraying him as a Southern stereotype: a racist, out-of-control sheriff determined to bring down a black president.

The very opposite, however, is the case. It was the citizens of Maricopa County who through a petition asked Sheriff Arpaio to investigate Mr. Obama’s birth certificate. The sheriff is not the only one with doubts. Many question the president’s status as a natural-born citizen. Mr. Obama’s grandmother says he was born in Kenya. This is echoed by Obama relatives. Members of the Kenyan parliament have repeatedly claimed Mr. Obama as their native son. The Kenyan media asserts he was born in Kenya. For nearly 15 years, Mr. Obama’s literary agent produced a pamphlet describing him as being “Kenyan born.” In his 2004 race for the U.S. Senate, wire stories — including by the Associated Press — frequently referred to Mr. Obama’s place of birth as Kenya. As late as 2009, the Kenyan government sought to build an official monument commemorating the site of Mr. Obama’s birth (until the State Department ordered the project be shuttered).

The president is a brazen opportunist; a political hustler who mastered his craft on the streets of Chicago. When it suited his interests to come across as a cosmopolitan, multicultural liberal, Mr. Obama pushed a Kenyan persona. When it was no longer politically expedient, he abandoned it. Yet, Mr. Obama cannot escape a fundamental dilemma: He either lied then or he is lying now. He was either born in Kenya (as he claimed during the 1990s and part of the 2000s) or he wasn’t (as he has insisted since 2007). Both cannot be true.

At best, Mr. Obama is a shameless liar. At worst, he is a foreign usurper.