The New York Times is at the forefront of a movement to create algorithms to eliminate what it says is “fake news” from the likes of Facebook, Twitter and Google.

“The elite media and their allies are creating a censorship regime to ban legitimate conservative news” from those platforms, Cliff Kincaid, Director of the Accuracy In Media Center for Investigative Journalism, wrote on Nov. 25. 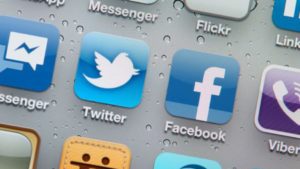 Kincaid noted the Times complained in a Nov. 19 editorial about “millions of people” having been taken in by “fake news stories,” such as that Pope Francis had endorsed Donald Trump.

“Think about this claim. For over a year Pope Francis has been denouncing capitalism and calling for open borders,” Kincaid wrote. “Trump had been openly critical of the pope. If anyone believed the pope had suddenly endorsed Trump for president, they were living in a fantasy land. It’s extremely doubtful that millions believed such rubbish.”

Kincaid said it was laughable the Times would cite BuzzFeed as a respectable source of news and information.

“Didn’t President Obama once joke about the site in the context of noting that when he was growing up in Hawaii, a “buzz feed” was associated with smoking marijuana?”

Meanwhile, left-leaning journalist Robert Parry of Consortium News noted the Times, with its focus on “fake news,” is seeking nothing less than censorship of the Internet.

Parry dismisses the notion that “fake news” was exclusively pro-Trump, saying: “I also know that Clinton supporters were privately pushing some salacious and unsubstantiated charges about Trump’s sex life, and Clinton personally charged that Trump was under the control of Russian President Vladimir Putin although there was no evidence presented to support that McCarthyistic accusation.”

Parry continued: “The simple reality is that lots of dubious accusations get flung around during the heat of a campaign — nothing new there — and it is always a challenge for professional journalists to swat them down the best we can. What’s different now is that the Times envisions some structure (or algorithm) for eliminating what it calls ‘fake news.’ ”

The structure Parry mentioned, Kincaid wrote, “is being set in place by Facebook’s founder and chief executive Mark Zuckerberg, in association with Google, whose parent company chairman, Eric Schmidt, worked hand-in-glove with the Clinton campaign. Google has already been caught altering search engine results to benefit Clinton during the campaign.”

Parry noted that: “The Times and other mainstream news outlets — along with some favored Internet sites — now sit on a Google-financed entity called the First Draft Coalition, which presents itself as a kind of Ministry of Truth that will decide which stories are true and which are ‘fake.’ If the Times’ editorial recommendations are followed, the disfavored stories and the sites publishing them would no longer be accessible through popular search engines and platforms, essentially blocking the public’s access to them.”

Kincaid added that “the misnamed Southern Poverty Law Center (SPLC), which is one of the richest components of the extreme Left, is working with Twitter on the ‘content-policing’ of its platform, in order to ban what it considers accounts that spread “hate speech.’ ”

USA Today reported that Heidi Beirich, a spokeswoman for the group, told the paper that “the center had asked Twitter to remove more than 100 accounts of white supremacists who violated Twitter’s terms of service.” The banning of these accounts has already begun.

“The fact that the elite media and outlets like Twitter use information provided by the SPLC is an ominous indication of where the new censorship regime is headed,” Kincaid wrote. “It’s time for more honest journalists on the Left to follow Robert Parry’s example and speak out against the 1984-style ‘Ministry of Truth’ that is emerging right before our eyes.”