Team Biden has been sending hundreds of mostly underage illegal immigrants on chartered jet flights to Pennsylvania, a report said. 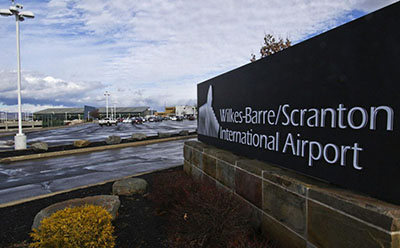 Some of the flights, believed to have originated in Texas, arrived in Scranton in the middle of the night and without passenger manifests being made available, the National Pulse noted.

WorldTribune.com reported in October that planeloads of underage migrants were being flown secretly to the Westchester County Airport.

“The clandestine nature of the operation raises questions about how the White House is dealing with a recent surge in unaccompanied minors,” the New York Post reported at the time.

Jim Gallagher, president of Aviation Technologies Inc., the Scranton airport’s fixed-base operator, told local news outlets that he saw mostly young people who did not speak English disembark from the planes and get on buses parked near the airport hangars.

“We don’t know their status,” Gallagher added. “It seems that all of the vetting should take place at the border, but it appears that there isn’t much transparency there. More information needs to be provided. There needs to be more control.”

In a letter to ICE director Tae Johnson and Homeland Security Secretary Alejandro Mayorkas, Rep. Meuser demanded answers: “It is my understanding that a total of 130 immigrants, 118 minors and 12 adults, arrived aboard an iAero charter flight on Friday, Dec. 17, and were subsequently transported on buses from a private hangar… This flight seems to have occurred without airport officials receiving notice or a passenger manifest.”

The “ghost flights” arrived on the 11th, 17th, with two on Christmas Day and another expected on Dec. 30.

In his letter, Meuser called on Team Biden to “immediately end this irresponsible practice in northeast Pennsylvania and throughout the country. The Biden Administration has failed to secure the southern border and encouraged the mass migration that has been occurring for months. It is unconscionable that such policies have proceeded amid a global pandemic, economic crisis, and epidemic drug abuse to which an open border certainly contributes. This mismanagement is now directly impacting the people I represent, and I expect you will provide me the answers I need to address my constituents’ concerns.”

Barletta penned his own letter which stated:

“I asked Gov. Wolf and Attorney General Shapiro a series of straightforward questions about these flights, and they haven’t provided any answers. Now we see evidence of more flights on Christmas night, and people want to know if illegal immigrants are being transported to our community, whether they’ve undergone background checks and health screenings, and why no one was notified that this was happening.”

FlightAware screenshot shows a flight from El Paso to Wilkes-Barre Scranton on Dec. 17.