Speaking with a reporter on Nov. 20, Dr. Nagase indicated he believes Canadian health officials are using their positions to block the necessary information from view of medical professionals and the public, The Gateway Pundit reports. Peter McCullough, MD, an American cardiologist who is the world’s most cited authority on COVID-19 treatment, expressed the same concern regarding U.S. government authorities at a LifeSiteNews/Truth for Health Foundation online conference on Aug. 4. 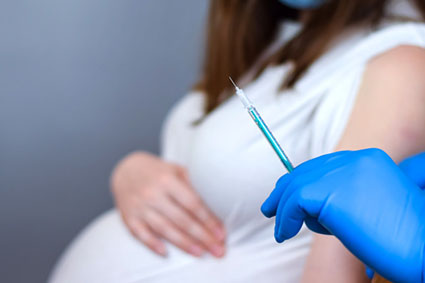 Dr. Nagase said part of this information comes from a fellow MD with contacts throughout the Vancouver medical system, who reported doulas who work in women and children’s hospitals in one of the birthing centers for Vancouver “had 13 stillbirths in a 24-hour period.” “In Waterloo, Ontario, I have a more reliable statistic, that there were 86 stillbirths between January and July,” Dr. Nagase declared.

If true, that is an extraordinary increase in fetal deaths.

“Normally, it’s only five or six stillbirths every year. So, about one stillbirth every two months is the usual rate. To suddenly get to 86 stillbirths in six months, that’s highly unusual,” Dr. Nagase said.

“The most important confirmation that we have from the Waterloo, Ontario report was that all of the 86 stillbirths were fully vaccinated,” Dr. Nagase said. “We are seeing a correlation…. You have to ask yourself, what is going on that is both in Waterloo, Ontario and Vancouver that is suddenly causing an increase in stillbirths?”

The stillbirths that Dr. Nagase’s colleagues are reporting appear to have been anticipated by Dr. Michael Yeadon, PhD, earlier this year. Dr. Yeadon, is the former Chief Scientific Officer at Pfizer, UK. He laid out the science behind the risks mRNA COVID-19 vaccines pose for women’s reproduction during the Aug. 4 online conference.

Dr. Yeadon called attention to a study the Japanese medicines regulator required of Pfizer on how the vaccine distributed through the body in rats, something that is not required in the U.S. and Europe.

“To my horror, what we find is the vaccine [in rats] doesn’t just distribute around the body and then wash out again, which is what you’d hope,” Dr. Yeadon said. “It concentrates in ovaries of rats, and it concentrates at least 20-fold over the concentration in other background tissues like muscles.”

“In toxicology, if you don’t have any data to contradict what you’ve learned [in the animal study], that is the assumption you make for humans,” he continued. “So, my assumption at the moment is that that is what is happening to every female who’s been given these vaccines. These vaccines are concentrating in her ovaries. That is very worrying. We don’t know what that will do, but it cannot be benign, and it could be seriously harmful, because the vaccines will then express the coronavirus spike protein and we know that there are unwanted biologies from that spike protein.”

Another significant concern is that the coronavirus protein is “faintly similar, not very strongly, but faintly similar to an essential protein in your placenta, something that is absolutely required for fertilization, for formation, and maintenance of the placenta. So, you can’t get pregnant and have a successful pregnancy if this protein is damaged in any way. And we noticed that the coronavirus spike protein was similar, similar enough that I was worried,”  Dr. Yeadon said.

Eight months earlier, he and a German doctor had petitioned the European Medicines Agency to perform experiments to rule out the possibility that the vaccines would produce an immune response that would attack this essential protein in the placenta.

“I’m sorry to say this,” Dr. Yeadon continued, “but that is a vaccine-induced autoimmune attack on their own placenta. I think you can only expect that that is happening in every woman of childbearing potential – is generating antibodies against this critical protein required for fertilization and successful pregnancy. Now, what the effect will be, we can’t be certain. It can’t be benign.”

Whether it would cause loss of pregnancies, Dr. Yeadon concluded, “I don’t know if it would be enough to cause first trimester losses, but I would think it would. I’ve looked at the literature. Women who are unfortunate enough to have autoimmune diseases tend to have high rates of first trimester losses. What this vaccine has done is induced an autoimmune response. I’m here to warn you if you are of childbearing potential or younger, not at menopause, I would strongly recommend you do not accept these vaccines.”

Ultimately, the records needed to answer these questions, Dr. Nagase says, are in the hands of the health authorities and they are refusing to release them without legal coercion.

Dr. Nagase believes health authorities may be dodging the correlation by using the technical definitions of “vaccinated” to avoid scrutiny. At less than two weeks after the second shot, an individual is still considered “unvaccinated” because the vaccine is not yet fully effective. “They’re saying it’s ‘unvaccinated people,’ but there are so many people who are within two weeks of their second shot and they are getting deathly ill.”

“We deserve to know how many percent of the ICU is filled with people who are having side effects within one week of the injection. And then, if they are clogging the ICUs because they are getting a vaccine injury, but then they’re being labeled as unvaccinated, that is an absolute lie.”

“We need to get Freedom of Information Requests. We need doctors, nurses, unit clerks at hospitals to start printing out the statistics because we know if we ask the health authorities to print out the statistics they will refuse and that is absolutely criminal,” Dr. Nagase said. “We should not be asking some administrator for permission to get the death statistics,” he continued. “We should not have to ask some kind of health minister for permission to get the actual rate of [intensive care unit] stays.”