Fox News contributor Karl Rove was criticized in the media for objecting to the channel calling Ohio for Barack Obama on election night. The state of Ohio did in fact go for Obama and the channel was correct in making that prediction. Like many other Fox News commentators, Rove had mistakenly forecast a Romney victory. He was only alone in thinking this was still possible as election night wore on and the results from Ohio came in. 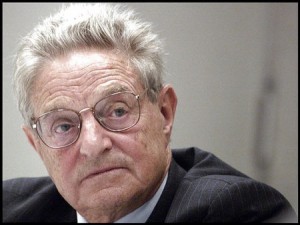 A more important controversy, however, is what Rove, former Deputy Chief of Staff and Senior Advisor to President George W. Bush, did with the $300 million that he raised from conservative donors for the purpose of defeating Barack Obama and electing a Republican Senate..

On Fox News, Rove blamed Mitt Romney’s campaign for not responding aggressively to attacks on the Republican presidential nominee. But his close friend and associate, Ed Gillespie, was a top Romney adviser.

Rove’s status as a Fox News contributor and a Wall Street Journal columnist makes it unlikely that these media properties will address this sensitive topic in detail. But Erick Erickson of Red State is tackling what he calls “The Incestuous Bleeding of the Republican Party” through questionable financial ties and arrangements. Focusing on a location where many of these groups are based, Erickson says, “The fifth floor of 66 Canal Center Plaza reveals a tangled web of incestuous relationships among Republican consultants who have made millions all while the GOP went down the tubes.”

The New York Times had previously published an article and a graphic about many of these entities showing the interlocking relationship between Rove, Republican Super PACs, and consultants hired by the Romney campaign.

The influence of “Boss Rove,” as a controversial new book by Craig Unger calls him, certainly cries out for scrutiny.

Unger’s book notes that the Rove organizations, American Crossroads and Crossroads GPS, were pitched to conservative donors as “the answer to outside groups such as George Soros’s Democracy Alliance or labor unions that had historically supported Democrats.”

But it didn’t work out that way. “You beat Karl Rove at his own game,” boasts Bradley Beychok of American Bridge, in a message to his “progressive” supporters. American Bridge is the Democratic Super PAC started by David Brock, founder of the George Soros-funded Media Matters. Beychok said Rove “armed his Super PACs with hundreds of millions of dollars, and went on an old-fashioned spending spree using a strategy that just didn’t work.”

In a challenge to Rove’s status as a political power broker in the Republican Party, conservative political consultants Larry Ward and Carter Clews have written an article charging that Rove indeed did have a failed strategy. He did not run “one hard-hitting ad” against Obama on scandals like Fast and Furious, the gun-running operation to Mexico that resulted in the murder of a Border Patrol agent, and Benghazigate, the Administration’s cover-up of terrorist involvement in the murders of four Americans in Benghazi, Libya, on September 11.

Larry Ward is the President of Political Media, Inc. and Carter Clews is President of CLC Consulting, a political consulting firm. Their article, “How Karl Rove, Inc. wasted conservative donors’ $300 million,” is posted at World Tribune.

Ward and Clews call Rove “the political world’s pre-eminent empty-suit analyst” who wasted $300 million that could have been used to defeat Obama, elect real conservatives to Congress, and underwrite the activities of authentic conservative groups. They say Rove’s strategy of moving to the center and the left, in order to appeal to Obama voters, “drove away millions of hardcore conservative activists who form the base of the Republican Party.”

“The bottom line is that the Republican Party cannot afford any more Rove Tuesdays,” Ward and Clews argue. “The further he leads the party away from its core values, the more distant its chances of regaining either its dignity, or its dominance. And the more money he siphons away from worthy conservative organizations that reflect and project the party’s principles, the less chance the GOP has of reactivating its critical base.”

There are reports that some of Rove’s donors have had enough and may be prepared to put their money to use in other ways that benefit the conservative movement.

“I heard complaints from Rove’s conservative donors four weeks in advance of the election,” filmmaker Joel Gilbert told Accuracy in Media. “They kept asking, ‘where is the money being spent?’ ” The questions intensified after Obama’s victory and the Democrats achieved a larger 55-45 majority in the Senate.

Gilbert, who directed the documentary “Dreams from My Real Father,” about Obama’s Marxist roots, notes that Rove had argued to conservative donors that the winning strategy for Republicans was to place ads focusing on the poor economy.

Gilbert’s film, which was distributed to millions of voters and argued that Obama’s real biological and ideological father was Communist Party USA propagandist Frank Marshall Davis, attempted to expose Obama’s character and background. But Rove, Romney and Republican leaders did not want to raise these issues. In fact, Rove had argued that calling Obama a socialist or left-winger would backfire.

Gilbert argued that Obama was a pop-culture phenomenon with a high “likability” factor and that “Voters perceived Obama as a nice man with an inspiring family story.” The right strategy, he says, was to expose Obama’s Marxist views, the role of Frank Marshall Davis in molding Obama’s political philosophy, and Obama’s questionable statements about his own upbringing.

Gilbert says, “If Republicans had made Obama’s Marxist agenda and personal background the main issues of the campaign, Americans would have had a much clearer understanding of the choice between American values and Marxism.”

Cliff Kincaid is the Director of the Accuracy in Media Center for Investigative Journalism, and can be contacted at cliff.kincaid@aim.org.