Your FBI in 2021: 3.4 million searches of Americans’ data without a warrant

The FBI in 2021 conducted millions of searches of U.S. citizens’ electronic data without a warrant, intelligence officials have admitted.

Swat Teams and battering rams were not required. 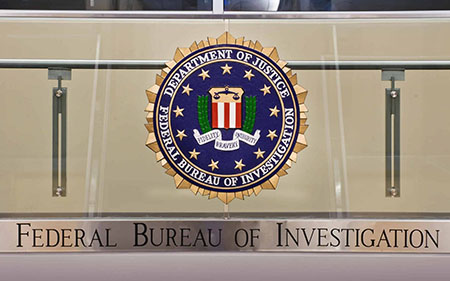 According to a report published Friday by the Office of the Director of National Intelligence (ODNI), the FBI conducted as many as 3.4 million searches of U.S. data that had been previously collected by the National Security Agency (NSA).

An individual’s name, telephone number, email addresses and social security number can all be searched. Searches of U.S. information can pertain to data about U.S. citizens, lawful permanent residents and U.S. companies.

“Data on Americans is often vacuumed … when a foreign spy is communicating with someone in the U.S. or when two overseas targets are talking about an American,” the Wall Street Journal noted in an April 29 analysis of the ODNI’s report.

Members of Congress have called on the FBI to disclose how often it taps into that data to look at U.S. information, arguing that doing so amounts to a backdoor search on Americans that dispenses with requirements to obtain a warrant.

The 1978 Foreign Intelligence Surveillance Act (FISA) governs some foreign intelligence gathering. The section of FISA that authorizes the FBI’s activity, known as Section 702, is due to expire next year.

Section 702 was passed into law in the years following the Sept. 11, 2001, terrorist attacks to enable the U.S. to spy on non-Americans overseas. The NSA uses the Section 702 program to collect intelligence from international phone calls and emails about terrorism suspects, cyber threats and other security risks.

The ODNI’s report said a large number of the warrantless searches were related to an investigation into an alleged national-security threat involving attempts by Russian hackers to break into critical infrastructure in the U.S.

“Officials declined to give more details on the alleged Russian threat, including whether it was linked to the Russian government or a criminal hacking group. Russia has historically denied accusations of hacking the U.S. or other nations,” the Journal’s analysis noted.

The FBI has previously faced scrutiny for its oversight of how authorities plumb Section 702 data, including a rebuke from the Foreign Intelligence Surveillance Court in 2018 that found some searches violated the constitutional privacy rights of Americans.

The FBI has never sought approval from the FISA court since the requirement was adopted in 2018, officials said.

NSA, ODNI, warrantless searches, WorldTribune.com, Your FBI in 2021: 3.4 million searches of Americans’ data without a warrant