The process of employees being paid in cryptocurrency hit the spotlight last year when NFL star Odell Beckham and Miami Mayor Francis Suarez declared they would take their salaries in bitcoin. 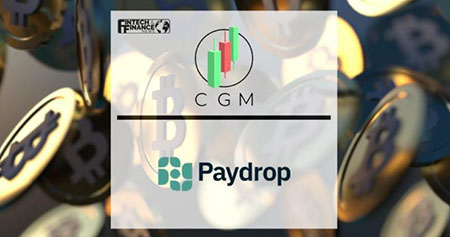 “Cornerstone’s conversion engine, Hedge, empowers employers and employees to seamlessly convert a customizable portion of their payroll compensation into crypto and securely deposit it into the wallets of their choosing,” the report noted. “By acquiring Paydrop, Cornerstone will provide payroll conversion services for any independent contractor, GIG economy worker, and non-traditional income earning employee within the United States.”

Organizations with thousands of employees can offer Hedge as an employee-benefit, while freelancers can also easily benefit from Hedge’s intuitive platform, the report said.

“Acquiring Paydrop just seemed like a no brainer for both parties and will open up even more opportunities once Paydrop is connected to Hedge’s pay conversion engine.” said Hedge founder David Schwartz. “Hedge is a convenient, frictionless way for virtually anyone to join the movement for monetary freedom.”

Speak Out: Subscribe to the Free Press International News Service

Compensation is paid from employer to employee in government-backed currency with no separate taxable event at the point of compensation.

“Both corporate and self-employed Hedgers appreciate that Hedge is fully compliant with state and federal laws and is 100 percent free to companies to use as an additional way in which to pay their employees,” the report said.

“The combination of Hedge’s conversion of W-2 and other income along with Paydrop’s 1099 payment capability will bring greater support to anyone who wants to be paid in Bitcoin, Litecoin, crypto, or stablecoins,” said Paydrop’s former CEO Steven McClurg, who will now also serve as a key Cornerstone advisor and board member. “We are excited for what is to come, and I look forward to working with old and new friends as a director of Cornerstone.”