Judicial Watch is asking the Trump administration to end the practice of Congress members and their staff getting, with taxpayer subsidies, health care coverage through the District of Columbia’s small business Obamacare exchange. 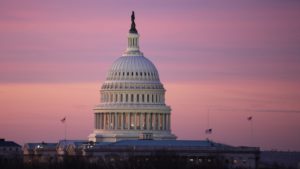 The Office of Personnel Management (OPM), however, “determined that the DC SHOP is the appropriate SHOP from which members of Congress and designated congressional staff will purchase health insurance in order to receive a Government contribution,” Judicial Watch noted.

The Centers for Medicare Medicaid Services (CMS) issued guidance stating: “Consistent with the OPM rule, this guidance clarifies that offices of the Members of Congress are considered qualified employers eligible to offer coverage to Members and designated Congressional staff through the appropriate SHOP as determined by OPM.”

Because certain members of Congress and congressional employees are enrolled in a small business exchange, “the government is contributing monies contrary” to the Obamacare law, Judicial Watch said.