Amid government Covid vaccine mandates and the relentless pushing of booster shots by Anthony Fauci and his chorus, the Millennial generation suffered its worst-ever excess mortality rate, according to CDC data. 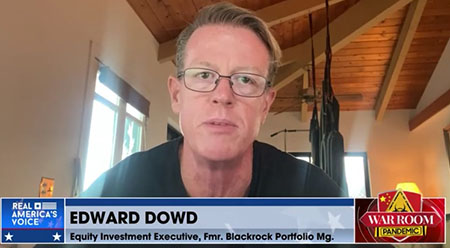 “That is a Vietnam War event. Death by government mandates…we call this democide,” said Edward Dowd, who was a portfolio manager for the multinational investment firm BlackRock.

Dowd posted the results of an analysis he did with an insurance industry expert on the social media platform Gettr.

In an interview Thursday on Steve Bannon’s “War Room,” (see below) Dowd said that what they found was “shocking.”

Dowd said the insurance expert with whom he worked is presenting the data to a financial group and will eventually reveal his identity. 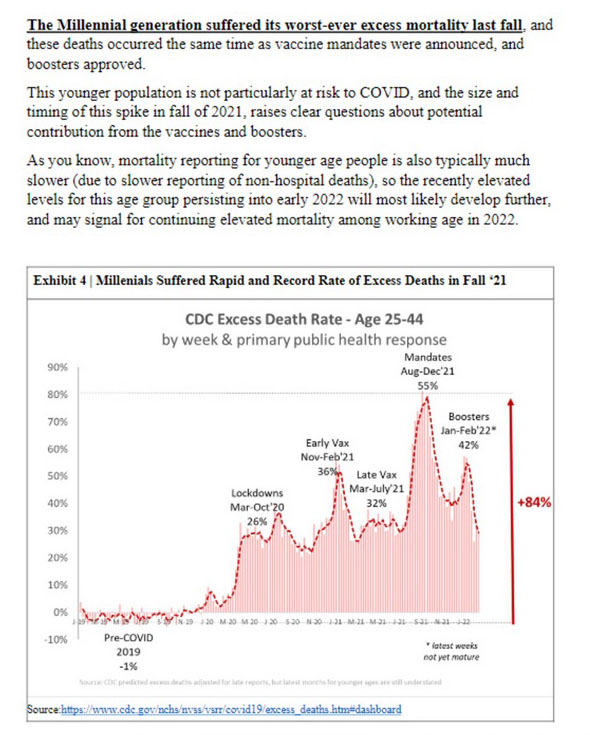 The Millennials, about ages 25 to 40, experienced an 84% increase in excess mortality in the fall, he said, describing it as the “worst-ever excess mortality, I think, in history,” Dowd said.

It was the highest increase in excess deaths of any age group last year, seven times higher than the Silent Generation, those who are older than 85, the analysis showed. Baby Boomers saw 306,000 excess deaths during the same period, which Dowd described as a “World War II” event.

The brave frontline doctors blew the whistle on this vaccine early on…the signals they identified should have stopped the vaccinations in its tracks like the 70’s swine flu. They are the heroes. They were attacked & smeared. The fact that the apparatus of government & private corporations through their actions allowed it to get to the point where bodies & injuries are piling up is the largest global crime against humanity ever seen. The implications are staggering & profound. We are not going back to normal anytime soon. My insurance industry partner & I are forever grateful for the brave doctors…we are just 2 ex Wall Street geeks exposing through our skills the damage wrought by those who didn’t listen to the warnings from the frontline doctors.