U.S. government agencies have reportedly stopped using the cloud-based video conferencing app Zoom after being warned that it was vulnerable to being hacked by “foreign spies,” a report said. 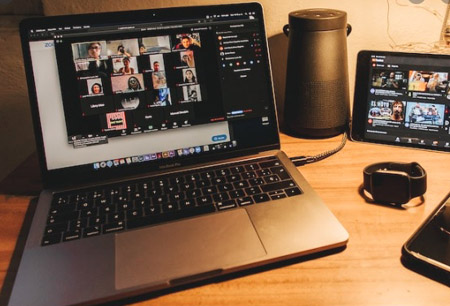 The warning came from a Department of Homeland Security (DHS) intelligence analysis which claimed Zoom’s Chinese workforce could work at the behest of the ruling Chinese Communist Party (CCP), the Telegraph reported.

A week before the intelligence memo, House Speaker Nancy Pelosi said during an interview on MSNBC that Zoom was a “Chinese entity that we’ve been told not to even trust the security of.”

The U.S. military and U.S. Senate both made most versions of Zoom off limits to their personnel last month.

Charlie Kirk, founder of Turning Point USA, noted: “The Chinese Communist Party is using Zoom as a way to spy on our citizens.”

Citizen Lab, a research group, said that Zoom users’ data had been routed through Chinese servers in April, even when participants were outside the country. Around 80 percent of Zoom’s customers are in the U.S., with the remainder in the UK, China and Australia.

“This might open Zoom up to requests from authorities in China to disclose the necessary keys to intercept meetings, although there was no evidence to suggest this had happened,” Citizen Lab said.

In February, Zoom warned investors that its more than 700 research and development workers in China may expose the company to market scrutiny regarding “the integrity of our solution or data security features.”

“Perhaps most concerning was the risk of ‘foreign government interference’ with the software developed by its Chinese staff,” the Telegraph noted, adding “Google, Microsoft, Apple and Twitter also have Chinese engineers on their books, yet have escaped similar scrutiny.”

A Zoom spokesman said: “There has been significant misinformation and blatant inaccuracies circulating about Zoom with regards to China, both in the press and being pushed by other parties. We are aware of no ‘connections’ to China that are meaningfully different from our peers who also operate and employ people there.”