The United States has reached a deal to end sanctions against Chinese telecom ZTE, imposing a $1 billion fine in what Commerce Secretary Wilbur Ross called “the strictest and largest settlement fine that has ever been brought by the Commerce Department against any violator of export controls.” 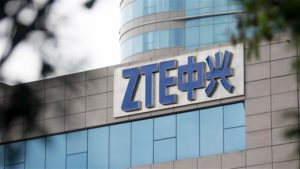 The deal includes a U.S.-chosen compliance team to be embedded at the company, CNBC reported on June 7. ZTE will also be required to change its board of directors and executive team within 30 days.

U.S. regulators had said ZTE’s business dealings with Iran and North Korea violated U.S. trade agreements. The Commerce Department “then alleged that ZTE misled regulators and failed to discipline the employees responsible for the sanction breach,” the CNBC report said.

The settlement deal also includes $400 million in escrow to cover any future violations, the report said.

“If they do violate it again, in addition to the billion dollars they are paying us up front, we had them put $400 million in escrow. The total deal is $1.4 billion. That money will be forfeited if they violate anything … and we still retain the power to shut them down again,” Ross said in a CNBC “Squawk Box” interview.

Ross said that “for the first time” the U.S. is pushing back on all fronts against China, including intellectual property rights and technology transfers.

“Prior administrations had been real patsies for the Chinese and other countries. They’ve never really pushed back,” Ross said.