The directors of the CIA, FBI and NSA are recommending that U.S. citizens avoid buying smartphones from China’s tech giants, who may be “maliciously” modifying the phones. 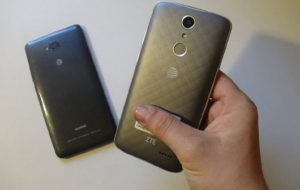 The intelligence officials told the Senate Intelligence Committee that it was not a good idea for Americans to buy Huawei or ZTE smartphones.

Huawei has been keen to enter the U.S. market, including a failed attempt in which a proposed partnership with AT&T was called off.

Huawei responded to the intel chiefs by saying: “Huawei is aware of a range of U.S. government activities seemingly aimed at inhibiting Huawei’s business in the U.S. market. Huawei is trusted by governments and customers in 170 countries worldwide and poses no greater cybersecurity risk than any ICT vendor, sharing as we do common global supply chains and production capabilities.”

Congress is currently considering legislation that would prevent the Pentagon from purchasing equipment or services from Chinese or Russian telecom firms.