Treasure hunters: FBI made off with $500 million in lost Civil War gold

The FBI has found and made off with “several tons of buried Civil War-era gold,” according to a group of treasure hunters who have filed a lawsuit against the Department of Justice. 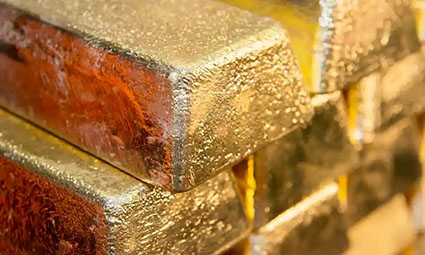 This invites the question: Is the U.S. DOJ accountable to the American people?

Local lore has it that the gold was lost or stolen during the 1863 Battle of Gettysburg.

The FBI took part in a March 2018 dig at the rumored site of the stash of gold, but claims they came up empty handed.

Finders Keepers, the treasure hunters group suing the DOJ, said it has been investigating for years the possibility that an 1863 shipment of Union gold was lost or stolen on its way to the U.S. Mint in Philadelphia.

According to a CBS report, the treasure hunters said they “led the FBI to a remote site 135 miles northeast of Pittsburgh where they say their instruments detected a large hunk of metal”.

The FBI’s contractor said they detected a “9-ton metallic mass suggestive of gold,” the report said.

Finders Keepers accompanied the FBI on their dig but said they were confined to their car during the process, and now believe the FBI merely took off with the gold.

Finders Keepers wrote in a court filing last week that the FBI has failed to turn over records on its search for the gold. Previously, these records were said to have included 17 videos, but the DOJ is now claiming only 4 such videos exist.

Anne Weismann, Finders Keepers’ lawyer, told CBS: “This raises the obvious question of whether videotapes were destroyed in the interim.”

Treasure hunters: FBI made off with $500 million in lost Civil War gold added by Editor Two on April 28, 2022
View all posts by Editor Two →