New arrivals to Florida often gaze in wonder at how green and lush everything is in the Sunshine State. In recent years, Florida has been getting greener by the day, as in cash green. 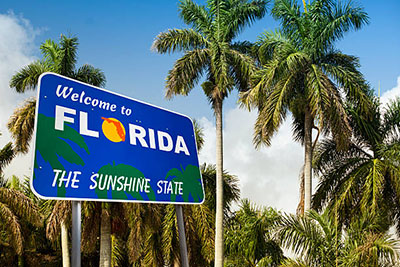 High earners from New York and other Democrat-run states are taking their incomes, and large chunks of Blue State tax bases, south.

“Big blue states have been resting on their laurels for generations, counting on their traditional cachet to lure big earners. At the same time, these liberal-run states have adopted policy after policy that chipped away at their citizens’ quality of life as well as their ability to generate income: increased regulation and micromanagement; higher taxes; bizarre culture war accommodations; and crime-friendly reforms all contribute to worsening conditions. Intrusive mask and vaccine mandates and heavy-handed shutdowns during the COVID-19 era were the last straw. When Americans vote with their feet, the real winner is freedom,” Athena Thorne noted in a June 2 op-ed for PJ Media.

According to the IRS data, those who are moving to Blue States tend to bring less wealth with them than those who left. For example, people who moved to Illinois in 2020 made, on average, $30,600 less than those who departed. When taken as a percentage of the state’s 2019 AGI, this was a 1.9% loss for Illinois, making it second only to New York state for lost income as a percentage of state AGI.

“The problem with chronic outflows, like in the case of New York, is that one year’s losses don’t only affect the tax base the year they leave, but they also hurt all subsequent years,” Wirepoints noted. “The losses pile up on top of each other, year after year.”

The news comes a week after the U.S. Census Bureau reported that it likely overcounted New York’s population in the 2020 Census by more than 625,000 people. 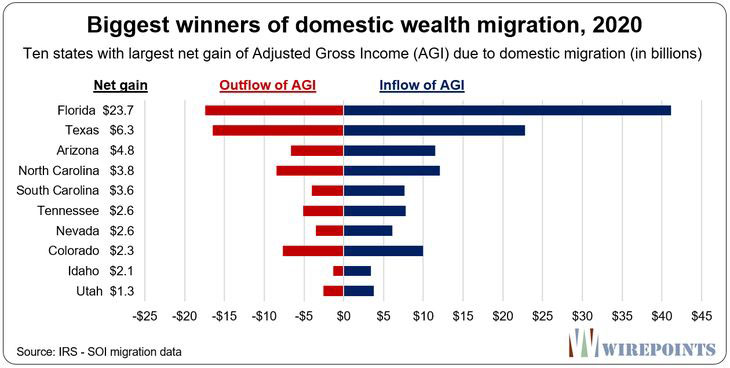