She was an adorable little girl named Chastity — beautiful blonde hair, bright brown eyes and rosy cheeks. The daughter of entertainers Sonny & Cher looked like an ideal child in a photo taken decades ago with the then-married couple who beamed with pride. Yet, the little girl grew into an adult who discovered she was “a man trapped in a woman’s body.” Recently, now age 42, she underwent surgery, hormone therapy and pronto: Chaz Bono is born. Chastity is dead. She died out of self-pity.

Chastity Sun Bono’s journey to Chaz Salvatore Bono is explained in a May 10 documentary, “Becoming Chaz,” featured on OWN, the network owned by Oprah Winfrey. Mr. Bono, a self-proclaimed “transgender advocate” has appeared on “The Oprah Winfrey Show,” “The View” and “Late Show with David Letterman” to discuss his new identity. Previously, she was a gay advocate. Chastity made national headlines in 1995 when the tabloid press revealed she was a lesbian. She then wrote two books on her lesbian lifestyle. 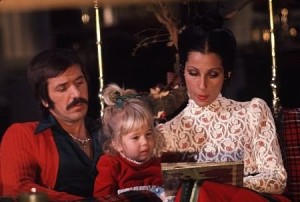 Now, he is peddling another book, “Transitions: The Story of How I Became a Man.” It is indeed dizzying to keep up with all these identities — notwithstanding the proper pronoun to be used, “she” or “he,” depending on what stage of her/his life we are discussing. This is the tip of the iceberg in a story that gets more befuddling the more it is analyzed.

Although Mr. Bono no longer has breasts and has taken hormones to look and sound like a man, a vital part of his anatomy remains feminine. Indeed, he does not have male genitalia. As Mr. Bono explained to David Letterman, science now gives the female-to-male transgendered person a choice: a very small penis that functions normally or a large one that provides no sensation at all. Neither of these options appeals to Mr. Bono. Hence, he has kept his vagina.

In the interview with Mr. Letterman, Mr. Bono explained that his struggles began in puberty. At that time, he said, “I really felt like my body was betraying me. It was doing exactly the opposite of what I wanted to do. And from that point on, I was pretty uncomfortable.” That journey of self-discovery led to multiple lesbian lovers and a current engagement to a bisexual woman, Jennifer Elia, who supports Chaz’s decision to become male. When asked if the physical changes also had emotional consequences, Mr. Bono replied that he is more self-confident, assertive and can be more of an “a—hole “ to his girlfriend. He is more “insensitive” to her. To which, Mr. Letterman exclaimed “Amen brother!” applauding Mr. Bono’s more “male” treatment of women.

The irony of the liberal Mr. Letterman descending into banter laced with stereotypes of male/female behavior that have been routinely condemned by feminists appeared to be lost on the audience — and on Mr. Bono who was proud to be hailed as more of an “a—hole” and more “masculine.” According to whom are the words male, insensitive and “a—hole” synonymous? Would that be the same people who think the words “woman” and “emotional” are synonymous?

Ironically, Mr. Bono’s introspective interviews and books, chronicling his life-long emotional turmoil and angst, belie the fact that there is very little emotional change from the tormented lesbian of yesterday to the now confused transgendered half-male/half-female who adopts the most arcane gender stereotypes while attempting to be a champion of a new gender identity. The confusion here is almost dizzying. After decades of liberals peddling the idea that gender doesn’t matter and is just a “social construct” suddenly we are told by these same liberals like Mr. Bono that gender does matter to the point that the gender we are born in may not be satisfactory. Yet, if gender is just a social construct, as has been maintained for decades by feminists, why not change the “paradigm,” stay in the body one is born with and be happy?

The transgender movement is ultimately based on the very premise that liberals have rejected for years. Feminists have argued that whether one is born male or female, one should be free to adopt whatever characteristics — either more feminine or more masculine — that one prefers. Hence, let girls be tomboys; let boys play with dolls. If that is the case, then why now also insist that “gender matters” — to the point that radical surgery and hormone treatments are sanctioned? This reveals that ultimately, there is no consistency in the assault on traditional gender roles. The goal is not to free individuals in any manner that is logically consistent, but to destroy the nuclear family altogether and create a new era in which individuals engage in a perpetual obsession with self, regardless of how this impacts the greater good.

The reality is that the transgender movement seeks to unleash a new round of experimentation with the human body in an attempt to increase pleasure — and break down the fundamental mores of Western Civilization. Mr. Bono revealed in the Letterman interview that indeed one of the biggest changes in his life has been going from a low sex drive as a woman to a heightened sex drive after the hormones were ingested and he became male.

Sadly, Mr. Bono is nonetheless missing out on all the key elements to a happy life. Has no one informed him that each soul is unique and it is the inside that really counts? Has no one taught him that some of the greatest men in Western Civilization have displayed astonishing emotional range and sensitivity — Shakespeare, Tolstoy, Dostoyevsky, for example? Has no one informed Mr. Bono that women, going back to Cleopatra and Catherine the Great and Elizabeth I, have also shown outstanding assertiveness, confidence and intestinal fortitude? In other words, Chastity was free to be whatever she wanted to be, without altering her body parts.

Chastity Bono was beautiful as God had made her. She was beautiful both on the inside and out, because she was created in the image and likeness of God. What greater honor could have been bestowed on that child than this? Yet, she has spent much of her adult life agonizing about her sexual parts. Obviously, she never got over the adolescent stage that made her so uncomfortable, after all.

Mr. Bono will sadly soon discover that the same issues that previously drove him to such agony that he attempted suicide will reemerge. The root of his angst is not that he is in the wrong body, but that he is in the wrong head. A healthy head should tell him that all external matters are passing anyways, and that the real her/him is transcendental — visible to all who love her/him regardless of gender or age. On the other hand, his unhealthy head tells him that he requires constant, radical experimentation with perverse sexual practices that provide a temporary high and a permanent sense of ill-being or low self-esteem. Mr. Bono does not need gender reassignment but a good therapist to help him stop his self-loathing.

Regardless of the plight of this one woman/man, the incident points to a larger phenomenon. The transgender movement is gaining currency. It emerged in the public spotlight in the 1980s and 1990s, and is now usually lumped into the larger acronym LGBT — lesbian, gay, bisexual and transgender. All of these, while not always able to work in harmony, seek anti-discrimination laws, coverage of medical costs by public and private insurance companies and ultimately, social acceptance.

And we must say no. As a society, it is time to draw a line in the sand. The human body must be protected from those who seek to do it harm. Until the late 1960s, many doctors regarded sex reassignment surgeries as unethical and would not perform them. We need to restore that consensus. Transgender surgeries and transformations ought to be illegal altogether — much as suicide is illegal in some states. If we do not render transgender operations illegal, how will we address those who insist they are uncomfortable with two arms or two legs and want amputation?

The human body must be respected — in all ways and at all stages of development. It is obvious that no amount of toleration will satiate the increasing perversity amongst us. We must either stand up to this perversity once and for all or become hopelessly entangled in it until we are no longer recognizable as human beings, not even in the most basic ways God created us.

Dr. Grace Vuoto is the Executive Director of the Edmund Burke Institute for American Renewal.

TOP 2011 STORIES: Liberalism’s new frontiers of dysfunction: The tragic tale of Chastity Bono added by Editor One on December 30, 2011
View all posts by Editor One →