Tools of tyrants: Police chiefs and sheriffs who actively aid and abet the illegal alien invasion

What becomes of a country in which law enforcement officials enable crime?

This vitally important question bears repeating as it points to an expanding phenomena in 21st century America in which the ruling, unelected establishment appears to own government at all levels. 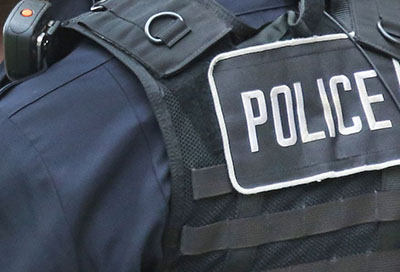 Local police officers are betraying the communities they serve by embracing illegal immigration.

It currently has some 130 listed active-duty police chiefs and sheriffs from 31 states and the District of Columbia among its members.

There are 19 police chiefs and sheriffs from border state Texas alone.

A statement of the group’s “Principles” is an outrage to the legal dignity of all U.S. citizens.

Under the heading “When immigrants feel safe in their communities, we all feel safer” the organization declares:

Our broken immigration system promotes illegality. For otherwise law-abiding immigrants who might be undocumented, the fear of being caught and removed from the country is greater than the fear of criminals operating in their communities.

Right off the bat, these law enforcement officers are picking and choosing which laws they feel are worth enforcing.

Other listed “Principles” amount to nothing more than parroting talking points of the pro-illegal immigration lobby:

For immigrants who want only to work and earn a living, the lack of legal immigration avenues has bred a “black market” for illegal immigration criminal support organizations. By reforming our immigration system and replacing these illegal pathways for immigration with legal ones, these criminal enterprises will no longer have a group of vulnerable people to prey upon.

Federal authorities should permit undocumented immigrants who are already living and working in the United States to apply for a legal, provisional status while they work to earn permanent residence. This will provide future immigrants with legal avenues to enter the country and help local businesses hire legal employees. It will also broaden the legal labor market for the jobs that many undocumented workers often fill, for which there are very few permanent visas and often no guest worker visas available.

Rather than apprehending and removing immigrants who have no criminal background or affiliation and are merely seeking to work or reunite with family, it is more important for state and local law enforcement to focus limited resources and funding on true threats to public safety and security.

Is anyone the least bit uncomfortable to see local police leaders so brazenly supporting law-breaking to this degree?

LEITF police officers are so secure in the knowledge that there will be no blowback to their pro-illegal alien cheerleading that they openly advocate for “immigration reform” in the manner of the overt activists that they are.

In August, Orlando Police Chief Orlando Rolon penned an op-ed in The Orlando Sentinel in which he wrote that illegal aliens residing in the U.S. deserve protection:

We also need to work toward sensible, fair solutions toward citizenship. Those who are here, and have earned the right, should have a path to stay here. A 2021 poll by Vox and Data for Progress found that most Americans support a path to citizenship for undocumented immigrants — and even more support citizenship for Dreamers, who were brought to the U.S. as children.

This organization of police officers has even championed the dangerous talking point that not only do illegal aliens pose no threat to the community at large, they actually help reduce crime!

According to the results of decades of research, immigrants are less prone to commit crimes than are the native born, and they are less likely to be incarcerated.

Research suggests that, on the aggregate, cities and communities with high levels of immigration tend to have stable or declining crime rates and low levels of violent crime, that immigrant youth have among the lowest delinquency rates of all youth, and that increases in the immigrant population may even be partly responsible for a drop in violent crime. Similarly, research suggests that higher refugee populations are associated with lower crime.

It is unclear why immigration would be associated with lower crime, but sociologists and demographers have noted that immigrant communities tend to have stronger families and cultural and religious beliefs that tend to be buffers against crime. Another explanation can be inferred from the motivation most immigrants come to the United States — to work and create a better life for their children. Getting into trouble with the law risks all of that hard work.

There are a lot of misconceptions out there about immigrants and crime. So we asked an expert on the ground about what it's really like to serve these communities @LEImmigrationTF pic.twitter.com/Opv7aTC7Fa

The publication Tucson Weekly on Jan. 20 wrote of the mayhem occurring in the Border Patrol’s Tucson sector:

In fiscal 2021, Tucson Sector agents recorded 120,509 arrests, almost as many as the previous four years combined, according to agency statistics. So far in fiscal 2022, arrests are up 73 percent over that….

[There is also a ] large number of gotaways, those who are spotted but evade capture. This summer, after Biden forced him out as Border Patrol’s chief, Rodney Scott said in TV interviews that there were more than 400,000 known gotaways across the Southwest border last year.

A fourth of those — 120,000 — passed through the Tucson Sector, according to the agency. These are people walking into the country unchecked for possible criminal backgrounds and almost certainly unvaccinated.

Of those arrested in the Sector last year, 1,743 had prior criminal convictions in the U.S….

On a single day, Oct. 25, agents working near Bisbee arrested three felons previously convicted in the U.S. — for sodomy in Georgia, for lewd and lascivious acts with a child in California, and for assault with a deadly weapon, also in California.

Yet this police-allied campaign to normalize the chaos on our southern border continues.

Andy Harvey is the Police Chief of Pharr, Texas. He is a member of LEITF.

In July, Harvey casually insisted to Brownsville NBC affiliate KVEO-TV that there were no crime problems in his border town:

“Here in Pharr, I know of no viable information that has occurred,” said Pharr Police Chief Andy Harvey. “Now listen, anything is possible. But all I can tell you is what I know, and I have not received any reports that that has occurred in our city.”

“It’s really a relatively safe place,” said Harvey while talking about the Rio Grande Valley. “And when you compare apples to apples I think, again right, we haven’t seen an increase in crime. In fact, we’ve seen decreases in crime.”

It is a narrative that just so happens to coincide with what is being pushed by the ruling establishment that is fomenting the illegal alien invasion of this nation.

Tools of tyrants: Police chiefs and sheriffs who actively aid and abet the illegal alien invasion added by Editor Three on February 11, 2022
View all posts by Editor Three →