There is a move: Don’t lose hope America

Nearly 50 years ago, communications theorist Marshall McLuhan famously observed that “The medium is the message,” essentially saying that the medium delivery system itself (at that time, newspapers, TV, and radio) had a profound impact upon the way in which the message was received and perceived. 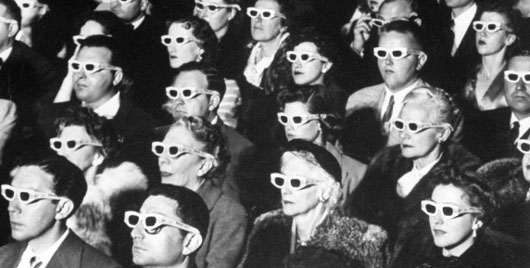 McLuhan’s thesis was interesting, though hardly earthshaking – since regardless of whether he was right or wrong, there was very little anyone could do about it one way or the other. And, hence, its ponderous consideration rarely reached beyond Ivory Tower tea talks, or pseudo-intellectual pot parties.

Today, however, McLuhan’s observation has been turned on its head. And the ramifications are not merely earthshaking; they are existential.

Today, The Message is the media. And that Message is intractable. It is lockstep. And it is radically leftwing.

The Message is delivered through every imaginable media outlet as with a single voice. It is controlled by self-absorbed, self-aggrandizing media moguls, smugly ensconced upon their electronic Areopagus. And there, they exercise their ex-cathedra authoritarianism as the ultimate – and only – unimpeachable, incontestable, and, increasingly imperious arbiters of truth, justice, and the anti-American way of life.

Let’s be clear about this. Today’s media – and we are talking about the traditional mainstream media and the social media monoliths alike – have arrogated unto themselves the sole right not only to deliver their messages, but to be The Message.

Whatever they say is true. Whatever they deny is false. And what they choose not to report is not even worthy of your consideration. (And shame on you for even thinking otherwise.)

Should you dare actually to disagree with The Message (as the contemptible Trump far too often insists upon doing), you will be “fact-checked” (by the media, of course), and declared a heretic of the worse sort, to be shunned, silenced, or – if you cannot be banished – eviscerated, dragged, and quartered every day, from every angle, by every means imaginable. Until they kill you off.

Let’s name names – even though, in the covert corridors of their edificial empire they all share the self-same moniker: The Message. They – it – are CNN, the New York Times, the Washington Post, MSNBC, ABC, CBS, NBC, AP. Reuters, Google, Facebook, Twitter, YouTube, and others of equal arrogance, but less impact.

They – it – function as one. They read the same copy. And they doctor (and ban) the same videos. They make up the same fictions. And they ignore the same facts. They publish the same fallacies. And they censor the same opinions. They extol the same friends. And they attack the same enemies. One lies. And the other one swears to it. All in order to push their own, radical leftwing, America-hating, violent, vicious agenda.

Frankly, if they are allowed to keep it up – unexposed and unopposed – their monopolistic Message of vitriol and vituperation for all things American will soon destroy the very fabric of our society. And the shining city on a hill… “the land of the free and the home of the brave” will be little more than a distant memory, a fleeting wisp of glory, we have “loved long since, and lost a while.”

Yet, as bad as that is, all is not lost – because there is yet an alternative. If we are willing to seize it. There is a move we can make – even now in the eleventh hour – to snatch the media from the self-appointed, self-anointed keepers of The Message. And to once again let freedom ring from sea to shining sea in print, on TV, through our radios, and over the internet.

The move is for every single one of us to turn off the lockstep mainstream media and the tyrannical Silicon Valley social media, eschew The Message, and actively seek out – and, yes, support  — alternative conservative media.

Again, I will name names – because you need to share them with your loved ones, friends and neighbors. And you need to embrace them as the only source for true news in a world adrift. The only hope for survival in a world at risk.

Here is the short list – and I promise you, if you move to them, they can move America: WorldTribune.com, Freepressers.com, the Epoch Times, One America News, Breitbart.com, Freerepublic.com, Trendsresearch.com, lewrockwell.com, Infowars.com, Washingtonexpose.com, Parler (the alternative to Twitter), and the Washington Times. Or course, there are others – but start there, and you will start a revolution. Guaranteed.

How can we be so sure? Well, years ago, as a young child, I heard the late Dr. Billy Graham tell a story that helped me understand that no matter how daunting the task, no matter how overwhelming the odds, if we are resolute and unyielding, if we never give up or give in – in short, if we keep the faith – we will see, in the words of the hymnist, that “the wrong will fail, the right prevail.” In Dr. Graham’s words:

There is a picture of a chess game hanging in Paris. On one side of the painting is the Devil, and on the other side is a lad about sixteen years of age. They are playing chess. The Devil has a leering, triumphant expression on his face. He has just licked this boy at chess, and the boy is sitting there with his head bowed and big tears trickling down his cheeks.

The Devil has just won in the game of life over this lad. He has no strength, he has no way out, and he has given up. The title of the picture is “Check Mate”. He had him.

A famous chess player came through one day. He looked at the painting. He felt sorry for the boy and he hated the looks of the Devil. He began to study the board where the men were placed, and all of a sudden he shouted: “Son, I have found a move! There is only one move. But, there is a move. If you will make that move you can lick the Devil.”

For good, decent patriotic Americans today, there is only one move. But there is a move. Make it today – support the alternative, conservative media — and you can help make certain once and for all that The Message, with all of its existential evil, will no longer be the monopolistic province of the media moguls. Make it now, and you can, at last, overcome the odds, and lick the Devil.

Carter Clews, a veteran Washington, D.C. writer and former Communications Director at Judicial Watch serves on the Advisory Board of the Free Press Foundation.

Media is the message, There is a move: Don’t lose hope America, WorldTribune.com