‘We are NOT in this together’: Facebook blocks red hot ad

An advertisement which encourages Americans to “take off your mask” and “take back your freedom,” amid “tyrannical” coronavirus lockdowns has been blocked by Facebook. 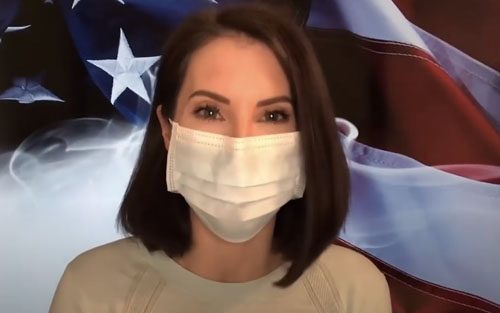 Producers of the ad in their podcast at WashingtonExpose.com explained that word-of-mouth was the only way to get it circulated as Facebook has blocked it.

The ad, which features TheHollywoodConservative.us founder Amanda Head, is by “We are NOT in this together”, a coalition organized by the Constitutional Rights PAC.

The coalition argues that politicians used COVID-19 “as an excuse to expand their powers and centralize the economy,” the Constitutional Rights PAC said in a May 11 press release. “The group cites the immense federal deficit and exasperated measures enacted that skyrocketed unemployment rates and regulated business operations.”

“It’s scary to see how readily individuals surrendered their self-interest to the ‘collective interests’ based on the erroneous predictions from Dr. Anthony Fauci. With no coercive measures, in very short time, nearly every strata of society adopted a punitive culture of compliance. But people are beginning to wake up.”

Resistance to new orders and mandates comes after New York State hospital admissions’ data revealed 66 percent of new admissions were from people sheltering at home. A “shocking” revelation to Gov. Andrew Cuomo and other state officials.

The advertisement’s website takes “power-grabbing politicians” to task for “wrecking our economy. And they did it intentionally.”

The politicians who put the stay-at-home orders in place “have absolutely no intention of taking their feet off of your neck,” the ad continues.

The ad continues: “Then when each of these politicians and their cohorts who destroyed the economy were informed that – according to the well-known Bluestone-Harrison study – every 1% in unemployment they caused resulted in nearly 40,000 deaths… From suicide, homicide, depression, untreated illnesses, and more… The politicians shrugged it all off.”

‘We are NOT in this together’: Facebook blocks red hot ad, coronavirus, lockdown, WorldTribune.com