Here’s how the Associated Press describes it:

An art installation inspired by Vice President Kamala Harris, The New York Times’ “The 1619 Project” and “The Daily Show with Trevor Noah,” as well as charitable programs from Airbnb, Google, PayPal and the National Football League, are among the finalists for the inaugural Anthem Awards announced [Jan. 25].

The awards — presented by The International Academy of Digital Arts & Science, best-known for the internet honors The Webbys — are intended to celebrate the mission-driven work and social impact of individuals, corporations and organizations. The winners, to be announced Feb. 15, will be honored at a virtual awards show on Feb. 28 in conjunction with the first Anthem Voices conference to showcase the winners’ work and share philanthropic and social impact ideas. 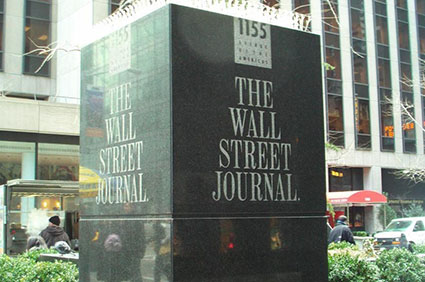 Doesn’t that sound cozy? Pro sports, Big Tech, leftist corporations and the political Left all coming together to salute themselves.

The Feb. 15 Anthem Awards release announcing the winners is even more nauseating. The World Economic Forum is being honored as well, along with retail abortion giant Planned Parenthood:

Lest you have any doubts about what is driving all this, Jessica Lauretti, managing director for The Anthem Awards, is happy to spell things out:

“It is our distinct honor to recognize the work that brands, organizations, and individuals are all making to create an impact in their community. We launched this platform to show the world that all corners of our culture, from sports and entertainment to business leaders and celebrities, are all standing up to say, it is time for systemic change and that social good is what we value as a society.”

The International Academy of Digital Arts & Science, the organization behind The Anthem Awards, declares its mission statement to be:

Cultivating new ways of sharing information is IADAS’s vision. It’s plain to see just what kind of information it is to be.

The judges apparently selecting The Anthem Awards winners are an odd lot themselves, featuring Hollywood has-beens, the head of Mozilla, creator of uber-popular web browser Firefox, and Oprah Winfrey’s “philanthropic” group, among others:

Those being honored run the gamut of cultural rot pervasive in America today. From abortion to transgender rights, racial divisiveness to globalist boondoggles such as climate change and the Third World refugee invasion of the West, the list of trophy winners is entirely predictable.

The question, then, is not why would a pack of corporate and entertainment elites want to pat themselves on the head over their keen sense of social justice but rather, why is The Wall Street Journal an official “partner” of this pap?

“Foundational Partners” for The Anthem Awards include prominent names such as the aforementioned Ad Council and Mozilla, as well as homosexual activist organizations GLAAD and Lady Gaga’s Born This Way Foundation, which heavily promotes the transgender agenda. The NAACP is also on board, unsurprisingly.

The Omidyar Network serves as the “Event Sponsor.” Which is also fitting. WorldTribune has reported of the organization:

The Omidyar Network, which is the nonprofit for liberal billionaire eBay founder Pierre Omidyar, has partnered with the Open Society [Foundations] on numerous projects and it has given grants to third parties using the [George] Soros-funded Tides Foundation. Tides is one of the largest donors to left-wing causes in the U.S.

Under “Content Partners,” we have the notorious radical progressive Ford Foundation and the NBA’s Sacramento Kings.

Darren Walker, president of the Ford Foundation, serves as an “executive member” of The International Academy of Digital Arts & Science.

As WorldTribune has documented, the NBA has fully joined the ranks of corporate-social justice elitist cabals such as this.

NBA Commissioner Adam Silver sits on the Board of Trustees for the Rockefeller Foundation while the league’s chief marketing officer, Kate Jhaveri, also serves as secretary of the national board for Planned Parenthood Action Fund.

The Kings have disgustingly partnered with StemExpress, the company at the heart of the Planned Parenthood murdered baby parts-selling scandal that horrified the nation in 2015.

If it means anything to sports fans out there, Bill Simmons, the one-time wildly popular ESPN writer known as “The Sports Guy” who now runs his own sports website The Ringer, is also an executive member of IADAS.

Along with the Ford Foundation’s Walker, Simmons is joined there by the likes of Nikole Hannah-Jones, creator of racial historical fiction for The New York Times via her 1619 Project, Katrina vanden Heuvel, publisher of the hardline leftist magazine The Nation and former California Democrat U.S. senator Barbara Boxer.

Which brings us to The Anthem Awards’ “Media Partners.”

Under that heading, “The Wall Street Journal/Barron’s Group” is prominently listed, right next to MTV, the culturally poisonous teen network owned by ViacomCBS.

There’s no wiggle room here, no “well, they do some good stuff too.” The Anthem Awards represent absolutely nothing beyond a commitment to utilizing modern mass communications methods to maximum effect to produce propaganda on behalf of a hardcore social leftist agenda.

There is only one explicable reason for The Wall Street Journal to partner with this den of vipers. And that is because it fully supports the social engineering goals being advanced.