Technology secrets, highly-valued by slave masters, are more precious for the free

Before the 1917 revolution in Russia and for a while after it, no one paid attention to the meaning of the words involved, though the meanings of words are decisive in the brain work — in thinking and its conclusions, incarnated in the words of the language of a given nation.

In Russian, someone employed to work at an enterprise is called a “worker,” a “rabochiy.” But the Russian word “rab” means a “slave,” and hence “rabskiy” means “servile,” “thoughtless,” “purely imitative.” As a Russian poet of genius said when he was exiled for his freethinking poems: 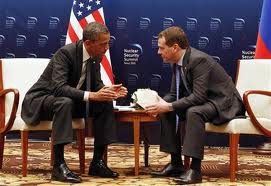 I was born in 1928 in Russia, which had become “Soviet” in 1917. My father was a Russian writer, and my mother was Jewish, who brought up herself spiritually on great Russian literature. Professionally, she was a medical doctor, a neurologist.

My ideal was a free West, such as still exists in Britain, for example, and I learned to speak English as to the language born. In Russia, I believed I had been living in a country-size prison, and I was later flattered to be taken for a native English speaker. It was quite an accomplishment, considering the fact that I had never been abroad, since Stalin’s Russia was a closed country, isolated from the rest of the world, and only Stalin’s death in 1953 promised a breath of fresh air.

Scientists in the free countries in every field of endeavor, and especially in the field of military research, are performing a noble task of inventing new technologies, new ways to defend their endangered freedom.

Their victory depends upon their unique talent and ingenuity to be able to anticipate any form of possible attacks on our free countries. Naturally, all of us living in freedom depend on their unique talent and should nurture and appreciate it by ensuring that they have everything they need for their work and are not tempted by better conditions for their research offered them by those who want to destroy us.

Then there came the atom bomb. And now we live in the age of the Internet and the cyberweapons. A number of nations have or are seeking to acquire such weapons, and there are concerns that terrorist groups of individuals may acquire the technologies and expertise to use these destructive weapons.

Luckily, mankind has not yet witnessed the cyber war, which does not mean it may never happen!

Dictatorships may not be creative, but they make up for it by aggressively acquiring latest new technologies by whatever means it takes — they have their spies who are stealing technological secrets from the free countries — from the United States, in particular. American mass media are not trailing behind — they claim there is too much secrecy around American military research, and they are looking for leaks to report, not realizing that by doing so they inflict a heavy damage to the country’s defense.

Stealing talent from the free countries is not something new. Stalin, for example, when he needed to expand nuclear research, enticed famous nuclear scientists from the West to come to work for him. Stalin created for them a submicroscopic secret world for their work. Every wish of theirs was immediately met: a fairy-tale island was created for them in his destitute, savage country to satisfy their every whim. They worked in absolute secrecy, and under no circumstances were they allowed to leave the country even to attend international scientific conferences.

Even President Obama turned to commies of the world to come to his rescue. First it was Medvedev/Vladimir Putin of Russia, to whom Obama intimated his need for help in his election campaign (which, he promised, he will have more power to reciprocate after he is re-elected).

Then it was Raul Castro’s daughter, who was urgently brought to this country to influence the Hispanic community to vote for Obama.

The future of the world is still obscure. In 1949, there appeared a country which the communist criminal Mao named the “People’s Republic of China” (PRC), which threatens the free world and which has at its disposal 1.3 billion warriors ready to follow their owners’ orders.

Technology secrets, highly-valued by slave masters, are more precious for the free added by Editor One on June 8, 2012
View all posts by Editor One →