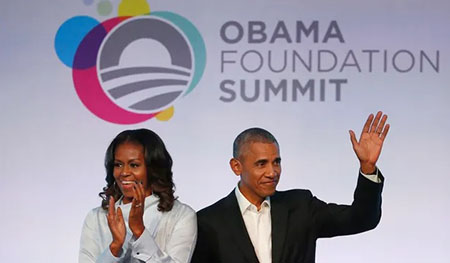 Special to WorldTribune, December 14, 2021 Commentary by Joe Schaeffer, 247 Real News Barack Obama is trying to out-crass the king of post-presidential grifters. And he’s making one heck of a case for himself. Somewhere, Bill Clinton is quietly raising a glass to his game challenger. Showing a stark refusal to be shackled in any […] 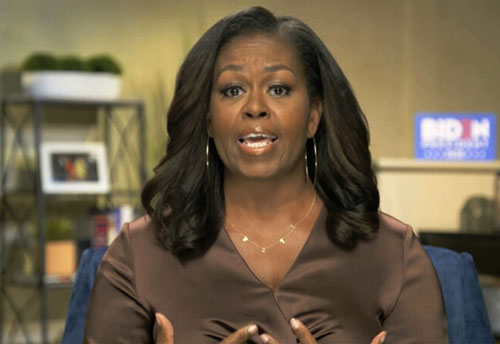 by WorldTribune Staff, August 18, 2020 In her recorded message to the Democratic National Convention on Monday, former first lady Michelle Obama said President Donald Trump was the “wrong president for our country,” and “clearly in over his head,” and lacks “empathy.” In her speech endorsing basement buddy Joe Biden, the former first lady also […]

Martha’s Vineyard Michelle: ‘White folks’ moved out as ‘we moved in’ 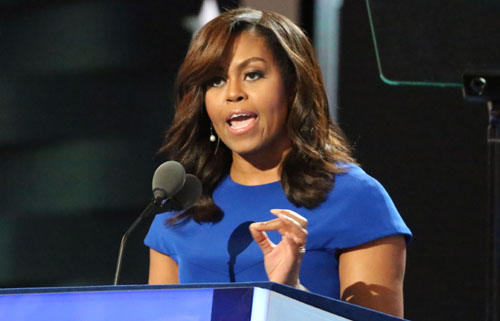 by WorldTribune Staff, October 31, 2019 Growing up on the South Side of Chicago, Michelle Obama said she felt from an early age a “sense of injustice” as “white folks” fled her neighborhood. That “white flight,” as the former first lady described it, continues to this day as white people continue to run from minority […] 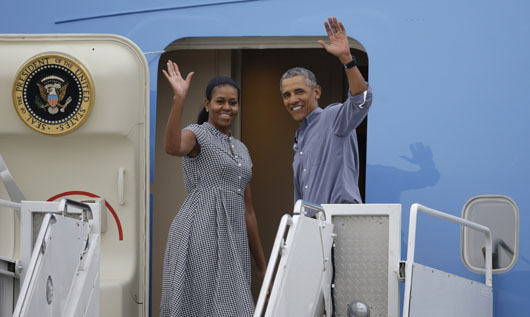 by WorldTribune Staff, September 15, 2017 Government travel expenses for President Barack Obama and his family totaled $105,662,975, according to records obtained from the Secret Service by a government watchdog group. One trip to Martha’s Vineyard, in August 2016, racked up $2,512,380.88 in hotel bills, said Judicial Watch, which obtained the records via a Freedom […] 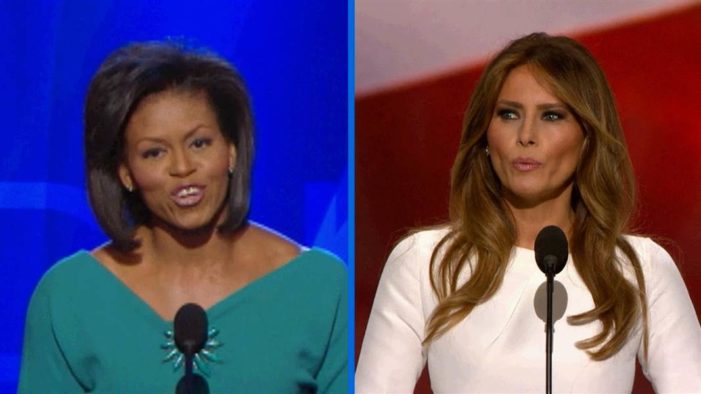 by WorldTribune Staff, July 21, 2016 The attack dogs of the leftist media were unleashed after Melania Trump was accused of plagiarizing Michelle Obama in a portion of Mrs. Trump’s speech to the Republican National Convention. When then-candidate Barack Obama was caught plagiarizing Massachusetts Gov. Deval Patrick during a speech in 2008, the same attack […]

U.S. continues to make nice with Iran – and Iran is having none of it

Special to WorldTribune.com Though Iran constantly defies the U.S. with new missile tests, humiliated U.S. sailors earlier this year and regards America as its No. 1 enemy, the smitten Obama administration is continuing its courtship of the Islamic republic. While Iran ramped up its harsh rhetoric last week, first lady Michelle Obama hosted a traditional Iranian […]

Special to WorldTribune.com By Grace Vuoto President Barack Obama and his wife consistently advance the liberal project to dismantle our Christian identity. On Nov. 5, First Lady Michelle Obama declared that by celebrating Diwali, the Hindu Festival of Lights, she and the president are truly making the White House “the people’s house,” by which they […]

A tale of two conventions: Calm truths vs shrill lies

Lev Navrozov Recently I developed a bad habit: I go to bed early. But, then, there is a good side to it: I get up early in the morning with enough energy to last me for the day. I had no intention to voice my thoughts about the ongoing presidential race. But the constant telephone […]