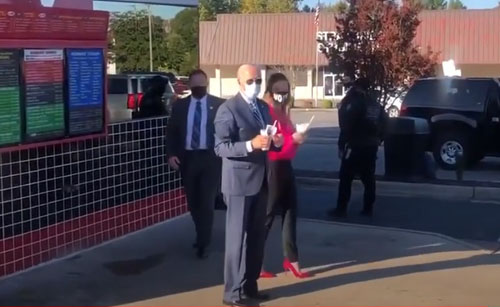 by WorldTribune Staff, October 19, 2020 Democrat presidential candidate Joe Biden made a campaign stop in Durham, North Carolina on Sunday and reporters had a rare opportunity to ask the candidate about the New York Post reports on his son’s laptop, or maybe about his stance on court-packing. As Biden left a fast food joint […]

Obama has remade America in his image

Jeffrey T. Kuhner President Obama has succeeded in transforming America. The constitutional republic is dead. A socialist empire has been born. This is the true meaning — and historical significance — of the Nov. 6 election. From the outset of his presidency, Mr. Obama vowed to be a “transformative” leader. His re-election shows that he […]