Analysis by WorldTribune Staff, January 26, 2021 On Jan. 31 of last year, President Donald Trump issued a coronavirus travel ban for China, where the virus originated. The next day, Joe Biden, in saying he opposed the travel ban, accused Trump of engaging in “hysteria, xenophobia, and fear-mongering.” On Monday, Biden’s team announced it will […]

Brazil, Argentina and U.S. put the heat on Venezuela’s ‘dictator’ 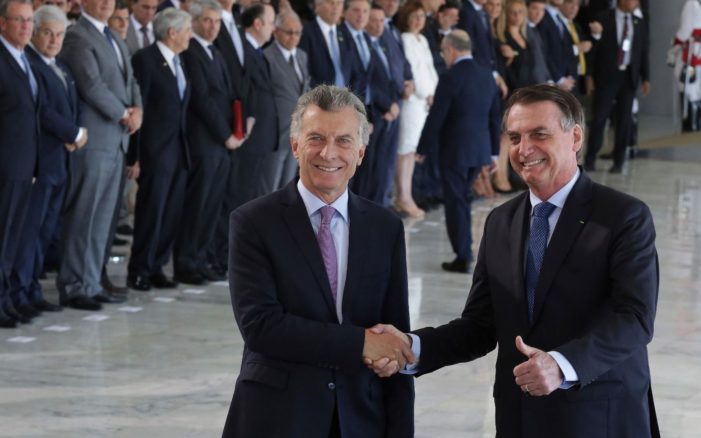 Special to WorldTribune.com By John J. Metzler BUENOS AIRES — Two of Latin America’s political heavyweights have put the squeeze on Venezuela’s increasingly authoritarian regime. In a meeting between Argentine President Mauricio Macri and his new Brazilian counterpart Jair Bolsanaro, the leaders of the region’s two largest economies have stepped up pressures on Venezuela for […]