The attorney generals of four states have launched a last-minute effort to stop President Barack Obama’s handover of the Internet on Oct. 1.

Both the Senate and House of Representatives, fearing the backlash from a potential government shutdown, opted against blocking the transition as part of a budget deal reached on Sept. 28. 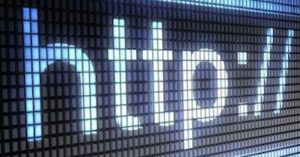 The AGs from Arizona, Oklahoma, Nevada and Texas filed a lawsuit on Sept. 28 to stop Obama from transferring oversight of the Internet to an international body, arguing the transition would violate the U.S. Constitution.

The lawsuit contends that the transition amounts to an illegal giveaway of U.S. government property. The suit also said the new overseer of the system, a nonprofit known as ICANN, would be so unchecked that it could “effectively enable or prohibit speech on the Internet.”

Related: ‘Why risk it?’ Cruz fights to stop Obama’s transfer of Internet controls to regimes like China, Sept. 16, 2016

The four states further contend that ICANN could revoke the U.S. government’s exclusive use of .gov and .mil, the domains used by states, federal agencies and the U.S. military for their websites. The four AGs added that ICANN’s “current practices often foster a lack of transparency that, in turn, allows illegal activity to occur.”

Critics on Capitol Hill, led by Texas Republican Sen. Ted Cruz, have argued that by loosening its grip on the Internet, the Obama administration will empower the likes of Russia and China and give them a bigger opening to control and censor the web.

“Trusting authoritarian regimes to ensure the continued freedom of the internet is lunacy,” said Texas Attorney General Ken Paxton in a statement. “The president does not have the authority to simply give away America’s pioneering role in ensuring that the internet remains a place where free expression can flourish.”

Larry Strickling, the head of NTIA, the Commerce Department agency handling the transition, said earlier this month that the government had spent “two years developing a plan,” stressing that any last-minute attempt to abandon it would “hurt the credibility of America in the eyes of the rest of the world.”

Arizona Attorney General Mark Brnovich told Politico on Sept. 29 that he joined the other states in the lawsuit because “essentially Congress went into its default mode, which is do nothing.”

“I think, as a matter of philosophy, turning this over ultimately is maybe a great idea in the long run,” Brnovich said, “but I do think there are a lot of stakeholders involved, and we want to make sure no one in the future can limit or suppress access to the internet or punish people for speaking their minds.”