Rep. Paul Ryan poses a mortal threat to our social safety net. This is the argument being made against him by many liberal Catholics. It will be the next wave of the left’s assault on the Republican ticket after Mitt Romney’s decision to choose Mr. Ryan as his running mate. The attack boils down to one seminal charge: The vice-presidential nominee is a bad Catholic, a cold-hearted budget cutter who wants to slash social programs — especially those that serve the poor and most vulnerable.

A group of nuns recently concluded a bus tour through nine swing states. Their goal: to highlight what they said was the sinfulness of the Ryan budget. “It’s immoral,” said Sister Diane Donohue. Another nun, Sister Simone Campbell, scolded Mr. Ryan for his supposed cuts to food stamps, Medicare, Medicaid and child care. They were making the basic claims of “social justice” Catholics — that the welfare state is a central tenet of church teaching, and that any attempt to repeal it violates Christian values. 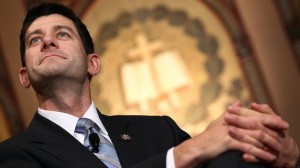 The Ryan choice has exposed the deep chasm among American Catholics. The congressman from Wisconsin is a devout Catholic, who has publicly said he is guided by his faith. In particular, he is pro-life and opposes homosexual marriage. On economic issues, he subscribes to the church’s principle of subsidiarity — the belief that power should be decentralized. He also says there is a fundamental duty to take care of the poor and less fortunate. Yet Catholic Democrats oppose him on grounds that he is supposedly anti-homosexual, anti-women and a free-market social Darwinist. Groups such as Nuns on the Bus or the pernicious rogue nuns from the Leadership Conference of Women Religious believe that welfare statism — national health care, income redistribution, lavish social spending — trumps abortion and marriage.

For years, the media have been claiming that the U.S. church is divided along two camps — “conservatives” such as Mr. Ryan and “liberals” such as Vice President Joseph R. Biden, Jr. This is false. The real split is between faithful Catholics and false Catholics; orthodox Catholics and cafeteria Catholics; Catholics who are serious followers of church doctrine and those who are not. Unlike Mr. Biden, Mr. Ryan is not a phony Catholic. Rather, much of his agenda reflects basic Catholic thought.

Contrary to myth, Mr. Ryan does not want to shred the social safety net or push granny off a cliff. This is a smear and caricature. In fact, he is the very opposite: a big-government conservative whose aim is to preserve and modernize the entitlement state. He is a deficit hawk who understands that America is going broke.

Unless spending is restrained and entitlements are revamped, the country is on a collision course with national insolvency. We are now the most indebted nation in history. The debt is approaching $16 trillion. President Obama’s policies will add at least another $10 trillion over the next decade. This will break our fiscal back. Budget reform is not about “right-wing” ideology, but about basic math and accepting reality.

Hence, Mr. Ryan has called for growth in federal spending to be curtailed back to the postwar historic norm of 20 percent of gross domestic product. To prevent the costs of entitlements — which are the biggest items in the budget — from exploding, Mr. Ryan proposes sensible reforms. He calls for Medicaid to be sent as a block grant to the states. Applying the principle of subsidiarity, health care for the poor should be overseen and implemented by local authorities — those who are closest on the ground. Moreover, for citizens 55 and younger, Mr. Ryan advocates a Medicare “premium-support” model that has a long bipartisan pedigree.

Along with Sen. Ron Wyden, Oregon Democrat, Mr. Ryan has sponsored a plan that would enable individuals to use vouchers worth nearly $15,000 to purchase health insurance from a wide range of providers. If people prefer traditional Medicare, they can keep it. However, Americans for the first time would be able to have government-funded private insurance options. The logic is obvious and inexorable: Greater choice and competition will improve quality and drive down costs. Far from eviscerating the welfare state, Mr. Ryan’s budget puts it on a financially sustainable path. Grandma is not going to die.

For liberal Catholics, Mr. Ryan’s economic blueprint is anathema. They remain wedded to the old Democratic New Deal model. Any challenge, any reform is treated as tantamount to blasphemy. They put their allegiance to the Democrats above their faith. This is particularly true regarding abortion, contraception and marriage.

Central to Catholic doctrine — much more than, say, the specific makeup of Medicare or Medicaid — is the defense of the culture of life. Pope Benedict XVI has been clear and adamant on this point: Abortion is murder. It is the seminal moral issue of our time. Since Roe v. Wade, more than 50 million unborn babies have been slaughtered in a present-day holocaust. Mr. Obama and Mr. Biden have presided over the most radical, pro-abortion administration in U.S. history. In fact, Obamacare encodes taxpayer funding of abortion. Catholics will be compelled to subsidize infanticide. Mr. Obama is our abortionist in chief.

Moreover, Mr. Obama openly supports homosexual marriage. This undermines the basic institution of society — something Pope Benedict has spoken out against firmly and unequivocally. Obamacare’s contraceptive mandate compels Catholic organizations to violate their fundamental conscience rights. As the bishops have rightly warned, it is a direct assault on religious freedom.

Yet liberal Catholics insist that they support Mr. Obama — and Mr. Biden. They should be ashamed. They are sacrificing their faith, their church and their community on the altar of liberalism. Mr. Ryan is the only true Catholic in this race. My advice to fellow Catholics: Don’t sell your soul for Mr. Obama. He’s not worth it.